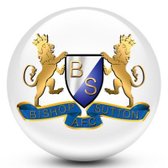 This game was played in a continuous drizzle in front of a poor crowd of just 25.
With Roman Glass sitting two places above Sutton with one more point a close game was expected.
Fraser Thomas returned in goal behind a back four of Ben Snell, Kai Long, Adam Crooks and new signing Reece John, a midfield of captain Jack Keen ,Corey Rawlings, Tom Clark and Chris Hind, and with Mason Daggar and Josh Keen up front.

Roman Glass opened the scoring after 15 minutes, a long ball played through the centre of the defence was well collected by a speedy forward who converted cleanly in the corner giving Thomas no chance.
On 28 minutes Thomas brought off a good save diving to his left.
On 34 minutes Josh Keen had a good chance to equalise but shot narrowly wide of the right post.
Roman Glass doubled their lead a minute before half time, a long ball beat the defence and the keeper, the shot rebounding off the right post falling to a Roman Glass forward who side footed into an open goal.

Sutton made a half time sub, Sam Downes replacing Tom Clark.
Roman Glass went further ahead in the 60th minute, a break down the left side and low centre was cut out by Thomas but the loose ball was collected by a forward who calmly converted.
3 minutes later the Roman Glass keeper saved well from Downes, diving to his right.
Roman Glass’s fourth came in the 65 minute, a break down the left and the speedy no. 11 outpaced the defence to score in the corner.
Sutton replied 5 minutes later, a John free kick was headed down by Crooks finding Hind who neatly scored.
Sutton made a second sub in the 73rd minute, Crooks being replaced by Sam Roberts.
2 minutes later Sutton scored a second, a quick break down the right found Snell whose shot gave the Roman Glass keeper no chance.
Sutton’s third sub came in the 80th minute, Josh Keen being replaced by Ben Alexander.
Roman Glass completed the scoring in the 87th minute, a free kick from a central position just outside the box beat the wall and flew in past Thomas.

A lack lustre display producing a disappointing result.
Sutton have another home game next Saturday the 25th v Devizes Town who are sitting four places higher with two more points.