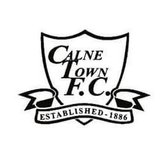 We travelled to table toppers Calne Town on a very hot August afternoon expecting a tough game, Calne having played 4 and won 3.

We started very well, playing some good football and taking the game to Calne. On ten minutes, good work by Box and his cross from the left found Gingell whose header hit the left post with the keeper beaten. On thirty minutes Box had the ball in the net but ruled offside.

Disaster struck five minutes before half time, the referee judged that a Withey tackle was over exuberant and merited a red card, most observers thought that a yellow would have more appropriate for our other 17 year old.

Calne opened the scoring five minutes into the half, a quick attack down the right hand side and cross was met by an accurate first time volley.

We made the first change on 68 minutes, the sleep deprived Box (who became a father on Monday night) replaced by Rawlings. Calne’s second came in the 80th minute, a Jacques clearance found a Calne forward whose blockbuster shot from fully 30 yards flew in to the left corner.

We had the better of the first half, playing some decent football, belying the difference in league positions, and posing the question of how close the game would have been if we had all 11 players on the pitch for the second half.

We travel 102 miles to Ivybridge next Saturday the 31st in the 1st Qualifying Round of the FA Vase.