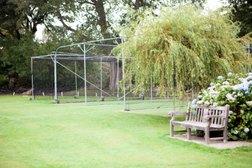 There were no signs of any hangovers from the PCA Legends game as we collected 6 league wins (plus one abandoned which we would have surely won).

The 1s managed a league double over the weekend beating Beckenham CC on Saturday and Sevenoaks CC on Sunday. At Beckenham CC the 1s recovered from 85/5 to successfully chase 155 (DLS) thanks to an unbroken partnership between Mahi Mahfazul (49*) and Charlie Speller (26*). Earlier Arafat Bhuiyan had taken 4/40 as Beckenham CC scored 181/8. On Sunday the DLS method was again in use. This time we chased 163 in just 20 overs. Dipayan Paul (69*) led the way and he was well supported by the returning Tanweer Sikandar (59).

The 2s made it 12 wins with a six wicket win over Boradstairs CC. The 3s were surely on course for a win at Rainham CC when the weather struck. We still had 14 overs to bat at 219/2 and with Dan Rouse (56*) and Sohayl Ujoodia (119*) looking ominous.

The 4s picked up a 99 run win over OD CUACO CC. Alex Antune (56*) lifted us to a winning score and then took three wickets. The 5s were indebted to U15 Christian Grey (56*) who led his team to a seven wicket win over LESSA Christchurch CC. On a difficult wicket, Christian belied his years with a very mature match-winning innings. Another Blackheath CC colt was at the forefront of the 6s win over Dulwich CC. Dhruv Verma hit 99 as the sixes made 265/7. The opposition were 90 runs short.