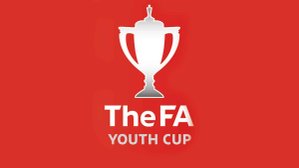 Young Rocks up for the cup

Bognor starlets bid for FA Youth Cup success tonight (Monday) when they travel to Reigate to take on South Park -- with a chance to go to Three Bridges in the next round, a first qualifying round tie.

Rocks U18s head into the game with the Surrey side on the back of a first league victory in the opening encounter of the campaign thanks to a 1-0 win at Shoreham.

Now they will try to take the winning mentality into the FA Youth Cup and manager Michael Taylor and head coach Paul Selby say that although they expect a tough test tonight it helps that there is a certain confidence in the ranks thanks to the win at Middle Road.

Bognor secured the triumph at Shoreham despite going down to 10 men with just under an hour remaining when Luke Page got his marching orders for a last-ditch tackle judged to be one which denied the hosts a goal-scoring opportunity.

And Selby said: "it's obviously a big plus to get the win and to do it with steel and determination with 10 men showed we have character in the squad and it was very pleasing. It was a deserved victory and we travel in hope tonight that we can replicate that level of desire."