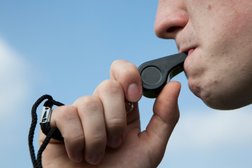 By Doug Millen
6 days ago
Share via
FacebookTwitter
https://www.pitchero.com/clubs

MEMBERS are cordially invited to attend the 2022 AGM which will take place on Thursday 7 July 7.00 pm at the Clubhouse, Hampshire Avenue.

You are cordially invited to attend the 2022 AGM which will take place on Thursday 7 July 7.00 pm at the Clubhouse, Hampshire Avenue. Please note that if you did not pay your subscription for 2021/22 you are not entitled to attend the meeting or stand for any post.

Any additional items to the agenda below should be proposed and seconded in writing, and received by the honorary secretary not less than twenty-four hours before the meeting.

1. Apologies for absence
2. Approval of minutes of 2021 AGM
3. Matters arising
4. Chairman's report
5. Treasurer's report and approval of accounts
6. Election of officers
7. Election of Committee members
8. Any other matters for consideration by the Committee, but on which no voting will
take place.

The candidates below have been proposed by the committee for consideration for the coming season, and are willing to stand.
As in previous years, all those unopposed will be elected on a single vote. Opposed positions will go to a vote of all members present, the successful candidate being the one gaining the majority of votes cast.
If you wish to stand or nominate anyone else to stand for any post, you must notify the Secretary in writing before the AGM giving the following: Their name and confirmation of their agreement to stand, the post for which they are standing, and name of proposer and seconder.