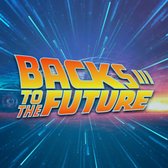 Backs To The Future

Having found out what music the Prop Forwards like to listen to, we turned our attention to the Backs to see what films they love to watch.

Building on the Top Of The Props pun, we opted for Backs To The Future when asking those players who wear numbers 1 through to 7 to name their Top 5 films. These could be the best films of all time, their guilty pleasures, or whatever films they watched the most, it was totally up to them how they came to their final 5. Thanks must go to Craig Millington for his work on the logo, something that looks so simple can in fact take quite a bit of skill, so well done Craig.

Just like for the music question, 21 players were selected to name their films, and from those we managed to name 87 different films. We ended up with quite the list, including classics, hidden gems, and probably some that have won a fair few Razzies in their time, but all in all it should give plenty of inspiration to those of us who love to settle down in front of the TV and watch a good film. The list is as follows:

Chairman Stuart Cooke thinks he has seen 55 of the 87, or at least those that he wants to admit to, how many have you seen? Plenty of these are available on Netflix, Amazon Prime, Sky Cinema, or other streaming services, so why not have a look and see how many you can get through over Christmas?

Thank you to all who took part and we hope everyone has enjoyed learning a bit more about our players. With very little Rugby League to speak about at the moment, it's been nice to dig a little deeper and see what our squad like to watch when they have some free time.

Finally, as we're nearly at the end of the year, we would like to wish you all a very Merry Christmas and a Happy New Year. Let's hope 2021 is VERY different to 2020!