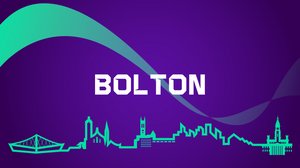 With the schedule of the RLWC2021 released on Tuesday, we now know when international Rugby League will be coming to town.

It had already been announced last month that Bolton would be the team base for the French Mens side, and ahead of the official release of the full tournament schedule, excitement was high amongst the local residents.

We now know that England will face France in the group stages on Saturday 30th October, with a 5pm KO at the UoB Stadium, whilst this will be followed by one of the four Quarter Finals on Sunday 14th November, 2.30pm KO. The QF will feature the winner of Group D and the Runner Up from Group A, this means it could be another visit to the UoB for England or France, or possible one of Samoa, Greece, Tonga, PNG, Wales, or Cook Islands. Whatever happens, it promises to be a great event.

Bolton Council have worked tirelessly to make this possible, and with the support of Bolton Mets, Westhoughton Lions, and some other local people and businesses, we hope to make this hugely profitable for the town, both financially, and in the form of a long lasting legacy that helps develop and promote Rugby League to the masses.

Bolton Mets will be playing our part in promoting the two games at the UoB Stadium, but also the event on the whole, as we firmly believe that Rugby League is the greatest game of all. Even though that may be the case, we still welcome interest from all sports lovers, and those interested in becoming a fan, of what is described as one of the toughest and most physical sports on the planet.

Keep an eye on the RLWC website for further news and ticket information, https://www.rlwc2021.com/, if you're interested in attending or volunteering at the Rugby League World Cup.