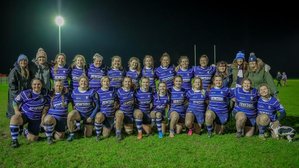 BOSTON WOMEN MARCH ON IN CUP AFTER PHYSICAL THRILLER.

Boston Ladies delivered another winning performance on Friday night against Stamford Women, but not without a concerted effort to overcome a determined Stamford side.