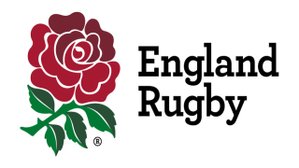 Bill Sweeney's update regarding the ticket allocation for matches in the 20/21 season in response to COVID-19.

Bill Sweeney, CEO, recently released a letter regarding the challenges the RFU are facing in response to COVID-19. The Union and other NGBs have some tough decisions to make in order to preserve their success but the RFU have begun to implement stringent plans to overcome these challenges to give BRUFC and other teams the best chance of winning going forward. Some of these roadmaps include the one we recently shared to our Facebook page where we are currently at phase B.

Not only have the RFU addressed how we can return to our favourite sport safely, but the Council also met to review additional scenarios for the 20/21 season too. This included match day operations at Twickenham Stadium in-line with the government’s social distancing guidelines, particular focus upon the Quilter Autumn International Series and the Guinness Six Nations, and impact on ticketing rights for these games. Currently, the stadium could hold no more than 10,000 spectators unless the government update their rules. Therefore, with an anticipated loss of £85m if the four planned Autumn Internationals are not played and in a full stadium, the RFU Council has decided to adopt an income-focused approach to focus on fulfilling contracted ticket groups seeking to maximise revenue to protect the RFU and our future. This means ticket allocation will be temporarily suspended before returning to a proportionate allocation system to Clubs which essentially means we will not receive any tickets this season until the RFU update their policies.
We will share further details with you all once the RFU have confirmed final stadium capacities.