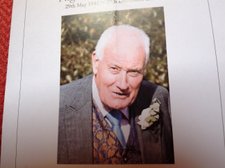 It is with great sadness that I have to inform you of the passing of a former Club member on 26th December 2020.

Nigel was a former captain of the club in 1967-68, and was required to retire due to injury.

He was also a Life member due to his contribution behind the scenes.

There was a family connection to the club that involved his brother Jeremy also a player and his father Edward a former President.

The family provided the hardwood for the main bar area floor and timber for the Tennyson room, (including the honours boards), which still hold the clubhouse together.

Nigel enjoyed touring with the club and was politely described by a past President as being as being mischievous.

Although he had moved away from the area several years ago, he was a regular attendee at the Christmas lunch, and will be sorely missed.

Our condolences go out to his family.