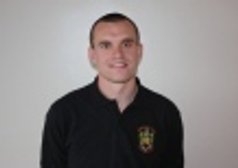 Quinn, 33, who left Brighouse in May after steering them to a North Counties East League Premier Division Championship and promotion to the Evo-Stik League Division One North and seeing them improve their position in the table year-on-year over the past three seasons, will be mixing it with the big clubs from September and reporting to his bosses at Wembley and St George's Park, Burton-on-Trent.

He will be co-ordinating the bridging of the gap between coaching and education at Huddersfield Town, Sheffield United, Sheffield Wednesday, Derby County and Chesterfield.

The former Brooksbank, Elland, Colne Valley and Salendine Nook sportsmaster will oversee players at the professional clubs on adult learning courses and coaching courses also at the FA's Headquarters at St George's besides their own clubs.

Quinn commented:" It will mean a lot of travelling but I am really looking forward to it as I have wanted to break into full time football.

"Right now after a long time playing and then managing I am enjoying the break but I will take in a few pre-season friendlies at Brighouse and elsewhere.

"I have had two or three interviews over the past few weeks for non-league management roles but felt they were not quite right for me.

"I can imagine as the season starts in August I will be getting itchy feet and want to be doing something other than the exciting prospect of the day job and will have to see what pops up.

"In the meantime while I plan for the partnerships between football clubs and universities and other seats of learning, I will be reading up on coaching courses and be fully ready for my start in two months time."