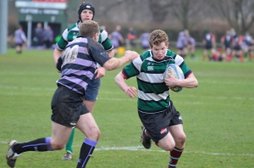 Celebrating The Life of Daniel Hickey

Remembering the Saracen that is Dan Hickey.

It has been an extremely difficult time for all as we come to terms with the tragic loss of Daniel Hickey.

A son; a brother; a nephew; a grandson; a teammate; a dear friend. Dan was all these things and so much more.

He was also a true Saracen in every sense of the word.

With over a decade of service to Bristol Saracens, Dan joined as a Junior in 2005 after a spell at St. Mary's Old Boys, playing in a side captained by our current 1st XV Captain Will Harding, as well as 1st XV vice-captain Conor McCabe, both of whom introduced him to the club. 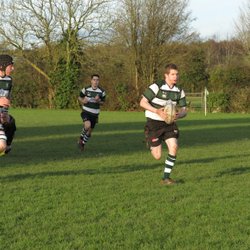 Dan could be found flanking on either side of the scrum, forming a big part of the clubs' successful Colts side in 2009. In keeping with his massive influence, Dan even had a hand in player recruitment himself, bringing in several of his Bristol Cathedral school-mates to join the squad, before heading to Leicester University where he achieved a degree in Criminology and a Master's in Management.

Never one to shy away from a good game of rugby, Hickey as we all knew him, always returned to play whenever he was home in Bristol for both our Second and Third teams.

After University, Dan returned to the fold permanently, playing each and every week. 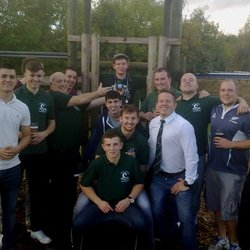 We all know Dan was never one to make a quiet entrance and in his first game back after university, he picked up the Man of the Match award after an outstanding display in an away win over then current League Champions, Cleve. I had the sheer honour and privilege to captain Dan during our time at the club; he was always one of the first to text back to confirm availability every Wednesday morning, such was his enthusiasm for the game.

Dan was an integral part of the 2013/2014 2nd XV team that went on to win the league and promotion. I’ll never forget away at North Bristol, Dan trying to explain the rules of rugby to his new girlfriend whilst on the side-line, only to come on the pitch and her not realise he was playing! 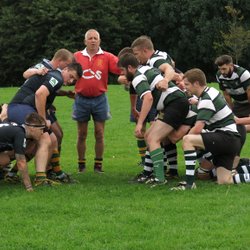 Dan was always itching to get his hands on the ball and was always running off the shoulder of both the scrum-half and fly-half. Never afraid, he threw himself around the pitch and came off each and every week knowing he had given his all, sometimes even with a giant hangover!

You could always hear his voice somewhere on the pitch. He was willing to play anywhere, always the first to raise his hand. Despite his long studs, Dan even had a spell on the wing on a cold afternoon at North Bristol, doing whatever he could to help the team.

His Dad, John, played for Clifton but could always be found on the Sarries’ side-lines every Saturday to watch his son play in all kinds of weather, something I know that Dan appreciated immensely, taking great pride in having his father there to support him turn out in the green and white. 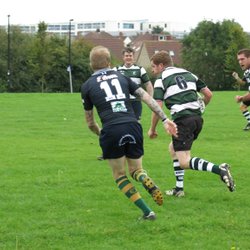 It was away from the pitch however, where Dan shone the most. If he ever released an autobiography, it would be a best-seller. He lived life to the full.

Dan was a kind hearted, genuine man who would have all the boys in the bar crying with tears of laughter as he told his stories from his nights out, university, and his latest antics.

I recall Dan once giving me and a few lads a lift in his Dad’s car to the club as we went to get the coach to Antwerp for rugby tour in 2009. In true Dan style, he somehow managed to lock his keys in the car with the engine running, only realising when he got on the coach. Needless to say, 45 minutes later and after a brief trip back home to pick up a spare set, he walked onto the coach to a huge roar from all the boys watching from the back window! 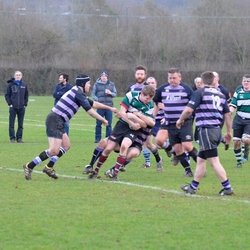 Dan was also quite famous around the club for his ‘vintage’ Suzuki Wagon that had a missing wing mirror, an unusable drivers’ side door and a permanently cracked open window. Away days were always a treat as we watched Dan forever in the slow lane of the motorway behind the wheel of the 0.9cc engine as Lorries would overtake him. Needless to say, he took it in his stride when he came in to cheers in the changing room, he was very proud of his motor!

Never afraid to make a bed out of any nightclub, Dan would always be found napping when closing time came, if he could make it to there without being undetected. He was so infamous for his sleeping habits that security at Leicester Student Union wouldn’t even bother to try and wake him!

Dan really was larger than life, as our captain Will so correctly said it, you wouldn’t believe some of his stories unless you were there to witness them yourself. 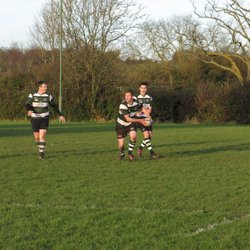 He made a friend out of everyone he met. Never one to go home early, Dan was always available for a chat after a game and was loved by members of all three teams and those on the side-lines.

His presence will be deeply missed around the club each and every Saturday, but he will never be forgotten. In such a short time, Dan made a positive impression on all he knew.

Words cannot express the deep sorrow that we all feel, but we can take comfort that we were lucky enough to have known Dan on the field, in the bar, and in everyday life.

We will remember you Dan, always and forever.

Once a Saracen, Always a Saracen, Rest in Peace under the crescent moon and star Dan. 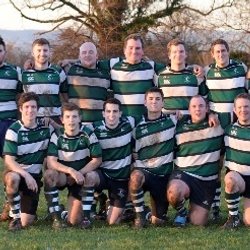