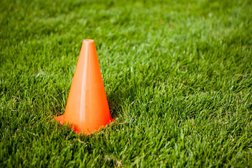 It was an eventful Sunday for three of our Bromley FC Youth section sides.

Final Sunday in the League campaign

Bromley Under 18 (Second Years) faced a double header with Glebe this afternoon where they had to win both games in order to win the Kent Youth League North Division. They lifted the league trophy in style winning 6-1 and 3-0, a fantastic double winning season for the Under 18’s having won also won the League Challenge Cup.

Spare a thought for our Under 14 Kent Youth League side though. A win was needed at Greenwich Borough this afternoon and with ten minutes to go were leading 2-1 when they hit the cross bar before the opposition went straight down the other end and equalised to leave the scores level at full time. It’s second year the team have come runners up in the Kent Youth League nevertheless a fantastic effort from all involved, roll on next season!