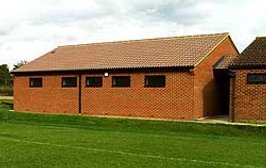 Buckingham RUFC celebrate another significant landmark in their 77 year history when they officially open their new pitch and changing rooms at The Floyd Field, Maids Moreton this coming Saturday (Oct 9 2010).

There to help with the official opening ceremony will be the former England Rugby Football Union President LeRoy Angel, currently a Trustee and Chairman of the Rugby Football Foundation, along with the RFUs Head of Public Affairs, Planning, Funding and Resources Nick Bunting.

Planned for the future (hopefully summer 2012) is a new development to the main clubhouse that will consist of a new first aid room, a new kitchen 60% bigger than the present one, a club shop, and a new storage room for chairs and tables next to where they are used.