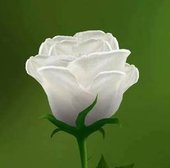 It is with great sadness we report that Ron Collins passed away on Sunday 25th April 2021. We send our deepest condolences to his family at their sad and irreplaceable loss.

Ron lived in Tingewick most his life and since the early eighties, when Cornwall’s Meadow was redeveloped as a retail centre and car park facility in Buckingham, he joined Budgens Supermarket and was known by all as Billy Budgen! Eventually the company was taken over by Waitrose and he became affectionately re-christened “Waitrose Ron” and worked with them until his retirement 3 years ago.

His commitment to Buckingham Rugby Club was exemplary as most Saturdays he would walk from Tingewick to the Maids Moreton ground, enjoy a pint of Guinness before the match, avidly follow every aspect of the game and afterwards would enjoy another pint of ‘the black stuff’ and discuss the result with his mates before walking home.

Ron was a VP of the Club for many years and whenever in conversation with him, you realised he had a great knowledge and understanding of the game of rugby and his post match analysis of players performance was always spot on and his assessment on whether the team had a chance of promotion or otherwise always got underway during the second half of the Season. In his view had we played all our League games in 2019/20 we would have been promoted!!

He will be greatly missed by all those who had the pleasure of knowing him and out thoughts are with his family at this most difficult of times.