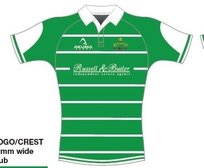 Solid win in first outing for the new squad

An evenly balanced mix of U17s and U18s quickly gelled for a convincing win against a forward heavy, under strength Towcester side

The start of the match saw Tows looking to push up through the forwards and with honours even in the scrum and lineout, Buckingham were making it difficult for themselves with three penalties in as many minutes – more than one player seemed to have forgotten where the offside line was during the summer break. Tows having kicked to touch, Buckingham showed they had caught up with the rule changes and managed a solid driving maul from the lineout before releasing the backs and simple hands down the line saw Cameron Wakelin over for the first try.

A solid catch receipt from Jack Pierce allowed Will to box kick and put pressure on the Tows 15 who was showing a distinct dislike of the high ball. A scrum on Tows 22m and a break by Max Nagy saw Craig put through and no stopping him over 15 metres as he ran in the first of his three tries. A similar restart soon gave Craig his second as Tows clearance found Will who attacked again supported by the backs and with Max’s conversion of the previous try Buckingham were 17-0 up and looking comfortable.

Craig’s third almost came from the next attack as he ran on to a beautiful grubber from Max N but clawed down on the 22 by the final defender he then couldn’t quite get the ball away to Jace in support. With a lineout on the Tows 22, Ethan stole their throw and whipping the ball down the line to the wing, Will Roberts got his first touch of the ball and bounced the defenders out of the way to make solid yards. A storming run by Joe Kayll came close again to a score but it was back for a Buckingham penalty and a charge over for Will Roberts for Buckingham’s fourth (conversion by MN).

Tows continued to try and find a way through or around the Buckingam defence but with solid tackling in the centres from Craig and Tom Taylor and quick turnover ball from Olly, the were finding it tough in attack and even tougher in defence as quick ball down the backline allowed Craig to slice through them once more for his third.

Changes in the final 30 minutes as the coaches tried various combinations led to a spell of play stuck between the 22s. Not all of the combinations were working and things got a bit scrappy and although the next score was Buckingham’s again as Joe Kenny-Davis followed up strong runs by Harry Lewis and Joe Kayll for his first for the club, Tows struck back with their strong replacement 15 and a bit of poor Buckingham tackling to make it 36-5.

Fired up by conceding a try, Buckingham exerted fierce pressure on Tows as they tried to attack and pushing them back into their 22, a lovely interchange between Archie Bassett and Will Ellis gave Archie his first Academy try and another successful kick by MN made it 43-5. Buckingham managed two more tries before the final whistle and one (idiotic) yellow card – the first try was a sweet, sweet lineout maul, unhurried setup followed by controlled drive and Olly Bradford for the score – the second was almost never to be as Joe Kayll had only just enough time when back on from his yellow to be in the right place at the right time to get on the end of a pass from Callum D-T picking up the Tows kick superbly and setting Joe up to run in. The final word went, as seemed only right, to the boot of Max Nagy and a 53-5 win it finished.

Despite the scoreline, Tows made a good game of it and for much of the game were only just off that extra something that would have produced the break they needed. For Buckingham it was good to see the new players step up and some excellent contributions from the likes of Tom Taylor, Dan McGivern and Callum D-T. Stand out of the U17s though had to be Jack Pierce who played a blinder in attack and defence and showed he’s certainly not a man to try and maul against. It was good to see the way the two age groups melded and as the game progressed there was less and less a feeling of two age groups and more the feeling of one squad.

As ever, not everything was perfect. A yellow is never good but a yellow for something idiotic is inexcusable – not far off a Keynsham to be frank. The defensive line could be quicker out of the blocks and a bit more organised. The scrum held up well but the lineout was a little variable and luckily Ethan was sharp enough to secure the wayward ball on a number of occasions. On occasion we were too flat in attack and although the forwards defence was good and they made some good individual breaks, that structured forward attack play that we’ve had previously was missing and it needed someone to take that phase by the scruff of the neck.

Overall though it was a good, solid start to the season. Quality combinations at 9/10, good tackling and good breakdown work, an excellent lineout maul, invention in attack and support from backs and forwards to allow the offload game to be played as we want to. As the new combinations settle in things will improve and it’s nice to be able already to be picky about where we need to improve.