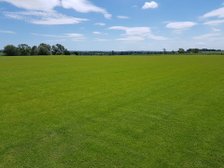 Buckingham United FC are delighted to confirm the signing of a Long Term agreement securing Lace Hill Sports and Community Centre as its home.

The agreement allows us to maintain our aim of providing fun grassroots football to the local community.
Chairman - Matt Hawes

The agreement provides the club with the long term security enabling it to continue to provide its goal of grassroots football to the local community.

Since the clubs formation in 2011 it has been forced to play the first season in Deanshanger while before playing 'home' games at Tingewick between 2012 and 2016, then moving to Lace Hill Sports and Community Centre during the summer of 2016. Due to the high standard of the facilities it allowed the club to double in size last year with two teams in the North Bucks and District League along with two teams in the Milton Keynes Sunday League, with each team full to capacity each week.

Buckingham United FC would like to put on record its appreciation to Buckingham Town Council for making it possible along with the faith and belief that they have shown in the club.

As has been well publicised of late due to the growth and demand, the club will also be fielding an under 18's team for the forthcoming season, managed by Michael Turner. This providing a structured route into adult football.

The club is always open to new members, players, volunteers and sponsors, should you be interested in getting involved then please do not hesitate to contact the club - buckinghamunited@hotmail.co.uk