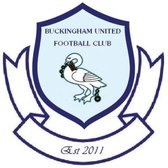 Buckingham United FC are delighted to confirm that the club will be fielding an under 18s from the forthcoming 2017/18 season.

Since the formation of the club back in 2011 it has seen unprecedented growth, with all four adult teams full to capacity. The move to field an under 18's side comes through a positive link up with Moretonville Junior FC to form a structured route into adult football at grassroots level for their players.

The move will see well respected local coach Michael Turner take on the manager role and build a team based on his existing under 16's from Moretonville combined with players from Buckingham United FC and also a few good additions from Bicester Town.

Joining Michael's management team at the club will also be his trusted coaches from Moretonville JFC, Chris Bryant and Jeremy Rowley. They will be joined by Craig Chinn who is also joining the coaching team.

Successful open trials have already taken place which has seen a good standard on show which is looking very positive for the forthcoming season.

The club has applied for entry into Milton Keynes Boarder Counties Youth League with home games being played at Lace Hill on Sunday Afternoons, aside from the league competitions the side have also been entered into the Berks and Bucks Youth Cup.