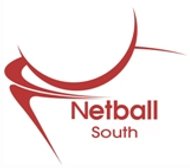 Netball South and the Competition Technical Support Group hosted the Netball South regional entry festival at Kingsmead at the weekend for U13/14/16 and 19 age groups, with over 60 teams taking part.

The organisers were incredibly grateful to and impressed by the following Phoenix Netball Club members who worked tirelessly in the heat to help keep the tournament running smoothly by running results slips from courts to scoring desk: