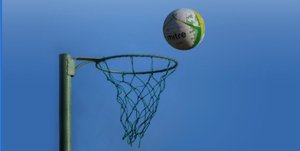 Bucks Phoenix Netball Club are holding trials for their 2019/2020 Regional U19 Squad. This squad will be entered into the South Regional Qualifying Tournament being held in East Grinstead in early June 2019.

Who:
Experienced netball players who at midnight 31st August 2019 will be under 19 years of age.

If your daughter would like to trial please complete the trial form below and email to BucksPhoenixNetball@aol.com.

If you require any further information, please do not hesitate to contact us at
the above email address.