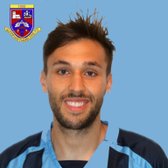 Ramblers do the double over Thamesmead Town

The Ramblers have gone 18 games without a win and with a much settled team this was a much needed win but more importantly a solid performance by the whole squad.

Burnham took the initiative just before half time when a strike from outside the penalty by Andrea Mantovani on 42 minutes was enough for the Ramblers to take in a well deserved lead at the break. Burnham had worked hard throughout the first half creating some good chances but two fine save by goalkeeper Matt Belcher kept them in the game.

Thamesmead came out in the second half looking for an equaliser and it came on 54 minutes when Hopkins headed home a free kick from the edge of the box. With Charlie Burns tiring manager Bertie Brayley cam on to try and get the impetus back in the Ramblers favour, following a corner Brayley thought he had scored with the ball being cleared off the line, the clearance found Ricky Evans on the left hand touchline and from 30 yards his shot beat the keeper and going in just inside the far post.

With Burnham again in the lead they started to sit deep and invite Thamesmead to attack but they failed to get the equaliser and Burnham Ramblers finished winning 2 - 1. The relief of getting a win was there for all to see with the celebrations following the final whistle

Andrea Mantovani was awarded man of the match

The Ramblers now travel to Ware on Tuesday night kick off 7.45PM