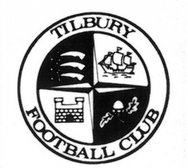 Burnham Ramblers rounded off 2013 with a much-needed win as they came from a goal behind to clinch a 3-1 victory over Tilbury.

Danny Francis had given the visitors an early lead, but that was cancelled out by Liam Burgess’ first-half effort.

And Ramblers went on to record a vital win thanks to Dan Williams’ first goal since returning back to the club and Neil Richmond, who had earlier missed a penalty, hitting his 12th goal of the season.

Ramblers boss Keith Wilson went into the game boosted by the return of Danny Cossington.

It was the midfielder’s first start since suffering a nasty injury in an abandoned game against Redbridge earlier in the month.

But despite that boost prior to kick-off, it was the visitors who made the brighter start and it didn’t take long for the deadlock to be broken.

From a corner, Ramblers had numerous attempts to clear their lines, but Francis managed to score from his second attempt on eight minutes.

Tilbury almost doubled their advantage just six minutes later but was denied by a fine save from Louis Godwin Green.

Ramblers then responded and should have been back on level terms on 16 minutes when they were awarded a penalty, but Richmond struck the kick poorly and it was comfortably saved by Chico Ramos.

However, that missed opportunity seemed to spur Ramblers into life and they soon got a hold of the game.

And on 38 minutes, Burgess struck home a beautifully taken shot, hitting a first-time effort from 20-yards which beat Ramos at the far post.

After the break, Ramblers continued with their forward momentum and quickly saw themselves take the lead when Williams connected with a Richmond pass – his effort beating the Tilbury goalkeeper at the far post.

Tilbury had their chances to get back on level terms, with their best effort coming Mitchell Gilbery, but he dragged an effort wide of the target.

And they were made to pay for their missed opportunities with Richmond making up for his missed penalty but scoring a simple tap-in with just three minutes remaining.

It’s a win that lifts Ramblers into thirteenth position in the Ryman League Division One North table.