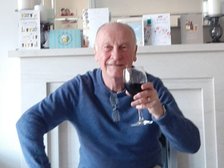 The Club is very sad to hear the news that George Philliskirk has passed away suddenly, aged 71.

Although George never played rugby himself he has been a member of our Club for a very long time, after becoming involved when his son John joined junior rugby some thirty odd years ago. Following John's playing career over the years George became a regular cheering the 1st XV on at Peel Croft and whilst he never played the game this didn’t stop him commenting on how Burton could play better! He supported the Club's move to Battlestead Croft and in more recent years he could be found enjoying mini rugby on a Sunday morning, proudly watching his grandsons, Will and Matt following in their Father’s footsteps. George was also a regular at our President's Lunches and was always more than happy to enjoy a chat with people over a pint or two.

Doctor George Philliskirk spent almost all his working life in the brewing industry where he was well known and well respected, eventually becoming Head of the Technical Department of Carlsberg UK, based in Burton upon Trent.
In 2004 he became Director of the Beer Academy, an educational trust dedicated to helping people understand and appreciate beer. In this role he became a bit of a star, frequently presenting beer tastings in the media, most notably on the Richard and Judy Show, Sky and various radio programmes as well as at the BBC’s Good Food Show, where he was introduced to the audience as ‘The Beer Doctor’! His knowledge and his love of “a cleansing beer” were defining characteristics and well-known to all of us who knew him.

A family funeral will be held on Friday 27th November at Bretby Crematorium. Although the service is for family only if anyone would like to pay their respects and line the road into the crematorium for George’s arrival then they are more than welcome. People are asked to arrive for 12.30pm, parking in the main car park to the left. Social distancing must be observed and strictly no gathering.
The family has asked for any donations to be made to Burton Rugby Club in memory of George. Murray’s Funeral Directors have a link from their website which will link directly to our JustGiving page, there will also be an opportunity to leave a message or light a candle if you wish.

Our thoughts and prayers are with his wife Pam, his children John and Clare and their families at this very sad and difficult time.