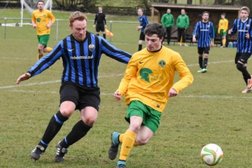 Happy new year to all BPW players, coaches, parents and supporters. We are delighted to this January welcome some new faces to the club

BPWFC are delighted to welcome both into the management structure and wish them a successful time with the club.

Player news which may have been missed over Christmas includes the re-signing of midfielder Oliver Magee from Harborough Town. After moving on during the summer, his transfer back to the club was completed in early December. Going the other way is midfielder Matt Moody and defender Michael Duroe who have completed transfers to Oakham United and S&L Corby respectively.

Joining the club on a permanent basis is striker Jamie Fane from Burton United, whilst defender Alfie Oakman remains side-lined with a broken wrist.