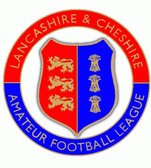 Lancashire and Cheshire League Round Up

After their shock Rhodes Cup defeat to Gorse Hill and losing their long-held top spot in the Premier division to reigning champions Whalley Range, Rochdalians showed their title intent with two big wins seeing them forge back to top spot. A 4-1 midweek win over Moston Brook saw Rochdalians then facing a tricky match at Mellor but they played some of their best soccer of the season as they stormed to a vital 5-1 win. Their hopes were boosted as an injury-hit Whalley Range lost out 4-2 at Castleton as strikes from Tim Kinsella and James Gill were not enough to prevent defeat as they slipped a point behind Rochdalians with both teams having four matches left to play including what could be the title decider between them.

South Manchester moved into third place with a 2-0 win over Old Ashtonians who stay just a point above the bottom two after Newton shared four goals with Bedians. South were made to work hard for victory going into the break with a 1-0 lead from hot shot Azuka Otutu. Ashtonians had the better of the second half but were unable to convert pressure into goals and Otutu sealed victory with his second on 83 minutes.

A basement battle at Chorltonians saw virtually doomed Old Stretfordians gain a morale-boosting 3-1 win. Shane-Anton Bates gave Chorlts the lead at the break but a determined Strets were soon level and bagged victory with a brace from Jay Matthews.

In division one Gorse Hill took advantage of leaders Abacus Media being without a fixture as a goalless draw at Moorside Rangers following a 1-0 midweek win over Milton gave them top spot on goal difference. Bury Ams hopes of making the top two were scuppered with a 3-2 derby defeat by Hooley Bridge Celtic who are finishing their season with a hot run of form. Eagle still have promotion hopes with games in hand on the top two but dropped three points hosting Tintwistle Athletic in midweek with Athletic repeating the score line at Milton.

It’s going down to the wire in division two with High Lane and Whalley Range seconds in the hunt for the title. In a very entertaining game Range were held to a draw by third-placed Mellor seconds with Owen Traynor netting for Range and Danny Leibrick replying for Mellor. There was a great win for basement team Stoconians who pulled off only their second win of the season thrashing Ardwick 5-1. Salford Vics moved into third place in the table with a 3-2 win over Rochdalians seconds. A clinical hat-trick from Steve Backhouse had Vics cruising at 3-0 but late strikes for Rochdalians had them grateful for the final whistle.

Deans showed why they are division three champions with a convincing 4-1 win over third-placed Parrs Wood Celtic seconds and Heaton Mersey kept up their bright finish to the season with a 3-1 victory over Oldham Vics. Castleton seconds rounded off their season with a 3-0 success over Trafford United.

Division A champions Salford Vics seconds saw Burnage Metro seconds put on an excellent performance before strikes from Karl Smith and Jordan Byrne saw Vics home 2-1. The other game in the division ended in a 1-1 deadlock with a neat finish from Steve Hewer earning Chorltonians Athletic a point against Moston Brook thirds.

Plenty of games in division B with leaders Aldermere having to watch the chasing pack hunt down their big lead as they have finished their fixtures. Salford Vics thirds kept up their hopes of catching them in a significant 5-1 win over third-placed Tintwistle Athletic seconds. Vics produced a master class after conceding an early goal as the hit back with strikes from Liam Craven (two), Carl Daly, Ben green and Danny Neil. Vics now need to win their final three games to overhaul Aldermere. The other games saw Bury Town seconds win 3-1 at AFC Oldham seconds which was matched by the same score for Milton seconds at Abacus Media seconds and Stoconians seconds at Burnage Metro thirds.

In division C Chorltonians Town continued their relentless chase of leaders Bury Ams thirds and closed the gap to four points with two games in hand. They were emphatic 5-0 winners at Manchester Rovers with the goals flowing from James Green (three), Cameron Clarke and David Grantham. Burnage Metro fourths kept an immaculate clean sheet in a 3-0 win over Old Strets fourths and Hooley Bridge Celtic thirds had few problems in a 4-2 win over Deans seconds.

Division D top dogs Tintwistle Athletic thirds were without a game and Chorltonians Rovers took full advantage as they crushed Bedians thirds 8-2 in a local derby to move to within three points with a game in hand. Netting for a vibrant Rovers were Tom Kane (three), Pat Davin (two), Callum Wild (two) and Adam Widdowson. Salford Vics fourths were also goal hungry in a 5-3 win over Staly Lions thirds with Matt Bracy (two), Mike Wolfendale, Kev Walkden and Andy McCafferty on target. In the other games Mellor fourths won their local derby at Stoconians fourths by 3-1 while Moston Brook fourths and Winton JFC could not be separated in a 2-2 draw.

With the title decided by a large margin for Signol Athletic seconds in division E, AFC Oldham moved nearer to clinching the runners-up slot with a 4-3 win over Salford Vics fifths. Vics were unlucky to lose in a game played in a wonderful spirit and brilliantly refereed by Graham Bradley. Joe Flaherty, Steve Tudor and Adam Tudor netted for Vics in a close encounter. Whalley Range fourths enjoyed their third win of the season taking out Droylsden JFC 5-2 and Govan Athletic thirds won 2-0 at Burnage Metro fifths. It was a family affair for Chorltonians Villa as Carl and Terry McNicholls and Nick Perks provided the firepower in a 3-1 win at Oldham Vics seconds.