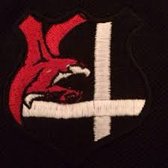 Falcon's pull out of league

Cornwall and Devon league club [b]Lanner have pulled out their remaining fixtures for the season.[/b]

Cornwall's newest club have been forced to withdraw from the remaining games due to struggling with player numbers. The club which was reformed around 7 seasons ago had been going well following a couple of promotions and sat in mid table.

After a good start to the season which saw them win 5 of their first 6 matches the falcon's had been struggling to raise teams, this led to conceding walkovers at home to Paignton and Truro and away to Liskeard.

This is very sad news for Cornish rugby, especially on the back of St Ives being forced to pull out of South West 1 earlier this season and losing St Day a few years ago.