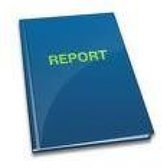 After a few weeks off, due to weather cancellations, Ambassadors returned to action against Wratting at a bitterly cold Linton Village College, looking to build on the fighting draw secured last time out.

Midfield saw a few more changes, with Nathan Wright and James Freezer occupying left and right midfield respectively, whilst Todd Baxter and the returning Dan Jacobs filled the central spots. Up front, Ollie Smith sat in the deep lying forward position, whilst Alex Nicholls made his bow at the spearhead of the attack.

Given the period of time since the last fixture, combined with the wind blowing a gale in Ambassadors faces, it was probably no surprise to see both sides gets off to something of a rusty start, with Wratting enjoying the better of the play.

However, Ambassadors slowly started to get to grips with the conditions, and began looking to play their way out from the back. Increasingly Josh and Freezer were linking up to good effect down the right hand side, with a number of moves originating from that area.

It was from one such area that Ambassadors eventually took the lead. Both players worked the ball forward, which initially looked to have been mopped up by the Wratting defence. However, tireless work from debut boy Alex saw possession won back in a dangerous area, and after a couple of shots bobbled round the Wratting area, Alex eventually managed to force the ball home from close range.

Both teams continued to slug it out without much quality on the ball, but it was from a rare moment of quality in the game, that Ambassadors, and Alex, bagged a second. The Wratting defence were caught in possession in the centre circle, which saw Ollie receive the ball at his feet and play a lovely through ball forward for Alex to run onto. As the keeper came out, Alex kept his composure to lift the ball over him and into the top far corner of the net. Despite a barrage of corners, the Ambassadors defence stood firm to go in two clear at the break.

After playing into the wind for the first half, Ambassadors came out for the second half looking to enjoy more of the ball. Unfortunately, the second half performance didn't quite happen for the side, with little being created oing forward, with play often getting far too narrow, or passes going astray when simple pass and move would have been better considered.

Consequently, despite the conditions theoretically favouring the side in the second half, Ambassadors were increasingly being forced to defend. Fortunately, however, a combination of decent defending, and some very good saves from Dave (and the odd lucky decision by the ref) saw the team manage to keep a clean sheet and duly bag the three points.

In fairness, Wratting will probably feel a little hard done by, losing a game such as it was, but Ambassadors will gratefully take the three points and look to take the positives and move onwards and upwards in the coming weeks. The three points are very welcome as the side look to climb off the bottom of the table and avoid relegation. Hopefully the weather will now improve and we can put a run of games together to get sharper, and perform more effectively for the ninety minutes.