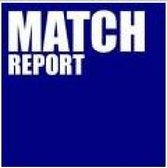 On a bitingly cold day, Ambassadors took to the pitch at Trumpington looking to get back to winning ways against a Duxford side that sat immediately below them in the table.

Building on a bright second half performance last week, Ambassadors started the game positively, playing some lovely passing football and having the better of the possession.

Unfortunately, the side were unable to take advantage of their early superiority, and eventually found themselves trailing to a goal from a period of play where the side had switched off slightly, giving too much time and space on the ball to their opponents.

After a change, to bring Duncan on, the side returned to the front foot and duly got their rewards when Ollie Smith finished with aplomb, after good work down the left by Nathan and Freezer.

It remained level at half time, but Ambassadors were looking good and aiming to build on their general superiority in the second period.

The second period largely followed the pattern of the first, with Ambassadors having largely the better of the game, but failing to find that killer touch. In general, Haverhill did not overly trouble the Ambassadors defence, but did still find two good opportunities to potentially steal a second goal from the game. Fortunately, on both occasions, Ambassadors were saved by a mix of poor finishing and some fine goalkeeping by Martin.

Finally though, as time was running out, Ambassadors did manage to find a second, Lewis Brant slightly scuffing home a finish after numerous attempts in a mad scramble around the Haverhill box were initially resisted and not cleared.

All in all, a much much better performance from Ambassadors than the last couple of games, and deserved three points.