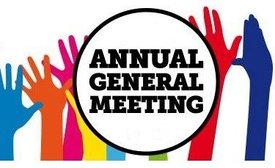 The Executive Committee are pleased to be able to provide additional information ahead of the AGM and EGM scheduled for September 1st.

Please find below the final details for the EGM to be held on September 1st in the back bar.

As per the calling notice, which can be read HERE, the EGM will be entirely focused on matters pertaining to the proposed amendments to the constitution. No other business or proposal shall be brought before this EGM.

As promised in July’s article the proposed amendments to the club constitution may now be viewed by clicking HERE.

Protocol dictates that each change is presented to the assembled members at the EGM and voted on. Given the volume and nature of changes, in the interests of time, the changes will be “batched” and voted on in blocks – hence publishing this draft constitution with amendments well in advance.

The EGM will begin promptly at 7pm and so please take your seats in the back bar by 6:50pm.

Please find below the final details for the AGM to be held on September 1st which will commence immediately following the end of the EGM.

Please refer to the AGM Calling Notice HERE for details of nominations received for details of club officers who have offered themselves for re-election and those nominated for election.

During the AGM, our club Treasurer will also provide her assessment.

As in the days pre-COVID, we will hear reports read from the President, Chairman, Secretary, Treasurer and other club officers.

Additionally, those new nominees will also be invited to provide a brief introduction and outline of their plans for the year ahead, prior to a vote to confirm their appointments.

No nominations have been received for any of the vacant positions which can be viewed HERE.

Nominations for ANY position within the club will continue to be considered by the committee for ALL positions until August 25th when the window will close.

Time has been set aside during the agenda to receive questions. The committee welcomes questions in advance either due to apologies for absence or where the individual feels it may be necessary for a thorough response to be prepared.

All questions and answers will be added to the minutes. Please send questions in advance to secretary@camelotrfc.co.uk