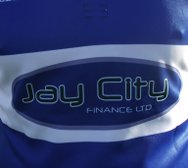 Another bonus point win keeps them top in the league

With 6 changes from last week’s winning side, Camelot are able to show that they have depth to their squad this season. Having lost first picks Jamie Hearn and Sean Johnson through injury the backs had to be reorganised with O’Brien going to 10, Aitken to 11 and Gamble to 12.

The match day squad also included a debutant in 17 year old Rio Dunkley who has impressed in the 2’s this year which earned his first call-up.

OMTs, who have had a mixed start to the season, showed in the early exchanges that they were a side to be taken seriously keeping Camelot pinned in their half and forcing Camelot to concede an early penalty after 3 minutes. However their attempt sailed wide and Camelot were able to start to take some control.

It took 10 minutes before Camelot could get into OMTs half and begin to probe the home team’s defences. After concerted pressure Tom Aitken finally crashed over on the left, in the12th minute, after the backs finally got into their stride. From the restart Camelot made further advances towards OMTs line and right winger Nick Stowe just failed to score after some OMTs desperate defence.

At the same time as the Camelot backs started to take control, the pack were showing what a strong unit they have become under the new coach Jason Lowde. In the set piece OMTs were being totally dominated and being driven off their own ball time and again.

The teams turned round with Camelot leading 20 points to nil securing a try bonus point keeping up their record of doing so in every game this season.

Towards the end of the half Nick Stowe took a knock and Rio Dunkley came on for his debut. He showed great potential and pace and certainly did not look out of place.

The second period turned out to be a frustrating affair both for the players and spectators. Camelot were continually penalised for various infringements and were not able to maintain the fluency of the 1st half. The only score came from a 25 metre penalty kick from Camelot’s David St George McKenzie in the final minute making the full time score 23-0.

With the next fixture away at Grasshoppers on 5th November 2016, Camelot will hope to continue their winning streak.