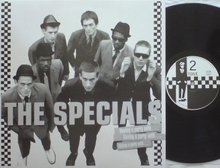 Some great passing, ending in some fantastic tries.

For the second successive league fixture Camelot Under 12's came through the morning without conceding a single try, with this weeks double header success over Tabard seeing the squad step up a notch by matching the strong defence with some quick attacking passing, superior ball skills and a team spirit that saw everyone play their part.

The Tabard team looked a strong team and showed great defensive desire, but maybe not as strong as Camelot when in possession, and indeed the opening score of the day came when James I turned the ball over, popped the ball out wide to Edward who opened up his legs to sprint to score.

By now confidence was high, deservedly so, and the opposition were playing damage limitations. More pressure again saw the ball turned over, passed along the line to the last man, James N, who darted for the line to make it 4-0. Simple rugby, proving so effective.

Whereas in the first-half Tabard were winning their share of rucks and mauls, that was not the case after the break as Camelot worked as a team in the breakdowns to more often than not come away with the ball. Another fine passing move...Jack out to Caolan, Caolan to Edward and it's 5-0.

The scoring was completed with Caolan once again laying off the final pass, this time for Thomas to score. A 6-0 win was in no way flattering, passes laid off at just the right time and teamwork in the rucks and mauls were rewarded.

After a ten minute break it was straight into the second match, and more of the same from the Camelot squad, if anything, they were even more dominant in the second fixture, lifting play up to an even higher level.

Whereas the first game was one with quick moving passing, moving the ball across the line whilst gaining ground with each move, the second game started out with the forwards getting a piece of the scoring action. First up James Isaacs picked the ball up just inside the opposition half and just like Jamie George in the Aviva Premiership final, he won a race to the score zone, a race that he had no right to win. A great score, 1-0.

Next up it was Seb's turn to get on the scoresheet, whereas James just headed straight for the line and the defence moved out of the way, there was a bit more weaving of the hips from Seb as he danced his way through to double the lead.

Normal service was resumed for 3-0, the ball passed up and down the line before finding Dan out wide to make it 3-0.

At this point Dave ' Goran-Erikson' Martin made half a dozen substitutions that should have upset the flow of the game, but it did nothing to slow down the try scoring as before the break, another Forwards try saw Ben and Seb help James Isaacs drive the ball over the line to make it 4-0.

The second half proved to be more of the same, pace and width again dominating the play as first a Seb to Dan to Rocket Norman made it 5-0 and then a Jack to Ben to James W move made it 6-0, equalling the score of the first match.

However this time there was one more try to come, and it came Camelot's way once again as Freddie outpaced the tired defence to run home a score in the corner, finishing a fine day's rugby.

On a gloriously warm and sunny morning the Camelot players put in the sort of performances that bode well going forward into some tougher matches in the coming weeks...when the weather is sure to be less kind as well!