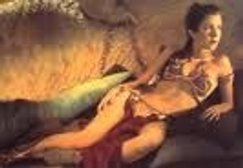 A view from the touchline

Firstly, before we enter into the latest debacle/instalment of what is the latest 3XV match “report” (aka talentless Numpty’s meandering aimlessly round a Rugby pitch!), I should mention the hard work of our Chairman of Selectors, who, somehow managed to get 4-sides out on Saturday; no mean achievement if you see the level of so called “talent” at his disposal!.....well done Rich.

So, down to the 3XV report.

I’m not sure how I ended up being “dibbed in” to write this....wrong time, wrong place I guess?,.......and to be honest, following the footsteps of such literary Wordsmiths as Bloxy, Flembo, Frank and Karate-Kid, the prospect of writing a report on something that has now reached legendary status, is actually a little daunting.

The day started well enough, I arrived at The Club, got myself a pint and settled quietly at the Bar with thoughts of which enthralling match to watch.

Over the next hour of so, both the 3’s and 4’s Squads slowly arrived in their usual bedraggled and dishevelled manner, and looking at them, I could only wonder, would it be best to shoot to Leamington to catch the 1’s?, or, maybe I can cadge a lift to watch the 2’s at Bournville? At least I’d get a chance to see something that vaguely resembled a game of Rugby?; however, I suddenly remembered that the U13’s would be playing the following day against Droitwich, so, I would get a chance to see at least one decent game of Rugby over the Weekend!

With the thought of some decent Rugby the following day, I sat back at the Bar, and watched as a further selection of “players” arrived.

In waddled Bloxy, Uncle Ellis, Larry, Braggy, “Fatty” Moore, Ulliott Jnr & Karate Kid.....where had I seen this gathering before?..... it all looked so familiar?...... then, it came to me.......... the Bar from Star Wars, that's where!.... all that was needed to complete the scene was Chewy and Yoda. Oh how I giggled as Kimbo strode into the Bar, closely followed by Leysh...... I gazed at the growing throng of three headed space mutants, and my mind drifted slightly to Mrs. F and to THAT Princess Leia outfit..... after all these years, the costume is still in the Loft, and she’s still not worn it!.....what a waste of £80 that was!

Anyway, Bloxy began to assemble his Storm Troopers by promptly announcing “anyone fancy a Pint, but, I’ve got no dosh”, this was closely followed by the familiar call from Uncle Ellis of “neither have I”..... so, you’ve guessed it, up the Bar I go!......GREAT, I’ve been dibbed in for the Match Report, and I’m now buying the beer too!

To add insult to injury, a little later in the Star Wars Bar, I’m accosted by Stonky, who, on his return from 2-days of exchanging bodily fluids in The Lake District, doesn’t have any cash either! Consequently, I promptly get fleeced for (please note) a Lucozade Sport! I can only surmise that his statutory pre-match intake of Nigerian Lager doesn’t contain the necessary vitamin supplements to compensate for his 2-day exertions?

Following the statutory pre-Match fluid intake, off went the 3’s to get changed, and I’m thrust a Team Sheet that reads as follows –

Now, with the 3’s making their Seasonal debut on the hallowed turf of the 1XV pitch, I’m not sure if it was nerves, or just the general flatulence associated with 3rd Team Rugby, but, on passing the Changing Room, the smell was incredibly unattractive (imagine a cross between Count's underpants and the bins outside, and you'll get the idea)

I bumped into Larry “The Leg” in the Gents, who, for some reason was loitering around Trap 1....”a bit nervous Larry about being on the 1XV pitch, need a turn-out to steady the nerves” I enquired?.....the reply came back “nope, I can only ever have one at Home, I can’t do it at The Club”.....How quaint these 3rd Team pre-match rituals are!....byetheway, I never did find out why Larry was hanging around the Gents?

So, out I wandered to see the 3’s aimlessly chucking a ball about, and on looking around at the assembled “team”, it wasn't long before I noticed it was nothing like the Team Sheet I’d been given half an hour earlier.

In-between going into the Bermuda Triangle that is known as a Camp Hill Changing Room and walking onto the Pictch, someone had vanished, and some players had morphed into completely different people. (At this point, we’d like to say Thanks to “Big” Steve from Kings Norton, who, I assume inadvertently wandered into the wrong Changing Room and under threat of being gang-raped by “Fatty” Moore , Stonky and Forrest, must have agreed to make up the starting 15)

Just prior to kick-off down the Car Park wanders down Andy Spencer, no Boots, no Gum Shield, not kit, suffice to say, 2 minutes later, Andy is changed and on the sidelines as the only replacement. If you don’t know Andy yet, he’s the Northern “oik” who’s just transferred to us from the League Game (more of Andy later!)

I do realise that traditionally the 3XV report does not include much about the game itself, and believe me, for the 8 of us that watched the game, as a collective, we couldn’t really muster much to speak of. The brief time line below is the best that all 8 supporters could manage!

3.00pm - Sun shining, whistle blows and Camp Hill are off and playing down the slope

3.10 – Forrest forgets what game he’s playing, and dribbles Wendyball style from his 22, nutmegging 3 defenders en-route before being shoulder barged off the ball on oppo’s goal line by the Kings Norton Sweeper.

3.19 – Alex “L’Oreal, because I’m worth it” makes a break from mid-field, dances past 2 advancing KN defenders. With nobody to beat, Alex breaks into full stride; with the wind at his back and with his silky Lion like mane flowing behind him, Alex advances to the KN 22, then promptly trips over his bottle of conditioner, and chucks the ball at least 5m in-front of him. His Father (watching from the side-line), was soooo proud!

3.21 – a lovely Rainbow appears over the Park Pitch (arguably hi-light of the Day)

3.22 – I go to the Bar, the other 7 supporters go to look for the Leprechaun and his pot of Gold

3.29.30 – an upset Larry, runs round pitch trying to find the KN number 20 and show him what was dribbling down his inside leg (should have used Trap 1 before the game Larry?)

3.32 – Forrest has another game of Wendyball

** please note , as I understand, other than rocking up on a Wednesday night for Touch Training, this was Andy’s first experience of the 15-Man code, he did appear a little nervy, and asked -
a) When I go to ground, can I wriggle and kick my legs about?
b) When I get tackled, can I roll-it back though my legs, or, do I have to present it backwards?

Andy – we’re sure all will be revealed as time goes by!

Second half was a bit of a blur, I wasn’t really paying much attention as I was more concerned to find out if my fellow Supporters had found anything at the bottom of the Rainbow. I needed cash to get a Beer after the game, as most of my pocket money had already been spent on Bloxy, Uncle Ellis and Stonkys Lucazade!

3.52 – Camp Hill penalty on KN 22 (in front of posts) To the dismay of supporters, Forrest elects to kick for goal. Quite frankly, a very embarrassing spectacle as Forrest spoons it to the left and narrowly misses the Tom Ulliott Memorial Scoreboard.

4.22 – Pitch invasion by small black mongrel.... somebody is heard to shout “get that ugly f*****g thing off before it s**ts on the pitch”. We’re unsure if the reference was pointed at Larry, or the dog?

4.28 – Forrest once again goes into Wendyball mode, and makes the most outrageous dive, which, if reviewed on Match of The Day, would have had Messers Hanson and Shearer baying for his blood.

All in all a tedious affair (that’s 3XV Rugby for you, I’m reliably informed ?), that KN deserved to win.

Other than the afore mentioned hi-lights of a Rainbow and a pitch invasion by a dog, the only other item worthy of an mention was the discovery that the oppo’s Hooker wasn’t wearing any shin-pads, so you can just imagine what happened to that unfortunate fellow!

Twat of The Week – Forrest for playing Wendyball all afternoon.

PS – despite vicious rumours, just so you know, there is no pot of Gold at the end of a Rainbow, although we did find an ugly little creature that looked very similar to Leysh.

PPPS – I did ask Mrs. F if she would wear the Princess Leia outfit .... I’m sorry I can’t print her reply, but, it wasn't very nice!

PPPPS – Apparently, you are supposed to sign off 3XV reports by informing everyone that Bloxy was outstanding as usual?