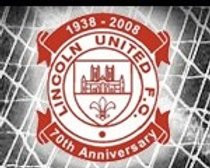 Conner Robinson did the dame with strikes late in each half and the Millers could have no complaints. Nonetheless, with the score at 1-0, they passed up two marvellous chances to equalise and secure a point that could yet be crucial in the ongoing battle against relegation.

Manager Wayne Scott made two changes from the side which drew against Newcastle last time out. In came Kieran Walker and Daniel Gordon, replacing Jake Wholey and Kevin Lusamba.

In the early stages Alexander Troke sent over a dangerous cross which came to nothing after good work by Danny Elliott before Lincoln took control of the game.

Luke Hornsey ran and crossed to Robinson whose clever flick was well saved by Jack Steggles.

Walker then did well to force Robinson away from goal and the striker’s effort hit the side netting.

Carlton had a rare attack on 12 minutes when Malechi Lavelle-Moore missed his kick in a good position after good build up play by Elliott and Troke.

Back at the other end Lawrence Gorman did well to head clear from a Jack McGovern cross.

Steggles then made an excellent save from a fierce Robinson shot as Carlton’s defence held firm against almost non-stop pressure.

William Mellors-Blair saw an effort palmed away by Jake Turner and another effort deflected over as Carlton tried to get into the game.

Elliott went off on the half hour due to injury and when Lavelle-Moore dispossessed Hornsey, Mellors-Blair drew a decent save from Turner.

Carlton’s resistance was breached on 41 minutes. Gorman, up to that point faultless, completely missed a clearance and Robinson lifted the ball over Steggles into the net.

Steggles then did well to hold onto another Robinson effort as Lincoln carved their way through the Carlton defence.

With half time approaching Kallum Smith shot wide in a glorious position.

The opening 20 minutes of the second half followed much the same pattern with Steggles once again saving, this time from Andy Toyne.

Having made it to 65 minutes just a goal down Carlton started to impose themselves on the game. Lavelle-Moore drew a good save from Turner with a fierce shot as Lincoln lost control of the midfield.

The Millers should have equalised as the game went into the final 10 minutes. First, Walker met a Jake Wholey free kick with a firm header from 12 yards but he steered the ball just wide of the far post.

With seven minutes remaining Niall Davie, whose effort could not be faulted, went on a fantastic run down the left before shooting. Turner could only palm the ball to Troke, four yards out with the goal at his mercy, but the striker somehow lifted the ball over the bar to the amazement of the watching fans.

The miss was pivotal as Lincoln sealed victory moments later when Smith played in Robinson whose slotted past Steggles to win the game.