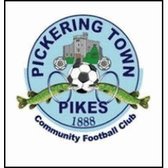 The Millers had to play the final part of the game with just nine men after later red cards for Oliver Clark and Aaron Opoku but the defence held firm to record a first clean sheet in two months and end a run of three successive defeats.

The win launches Carlton four places up a congested table to 15th and manager Wayne Scott will be looking for his team to replicate their impressive away form (five wins and two draws in 11 games) at Stoke Lane where they have won just once all season.

Scott made three changes to the side which lost against Loughborough on New Year’s Day. Out went Riece Bertram (unavailable), Kyle Stovell (injured) and Jordan Pick. In came new loan signing Harry Wood plus Luke Smithson and Ben Hutchinson.

On an impressive playing surface, albeit with a significant sideways slope, Carlton began well and two early dangerous free kicks from Connor Bartle came to nothing.

The Millers took the lead on 12 minutes with a lovely goal. Wood, who had an impressive game in midfield, slipped a delightful pass through towards Blake. The striker still had plenty to do but he outpaced Jack Vaulks before firing across Charlie Andrew and into the net.

Better playing surfaces clearly suit the Millers and they were moving the ball about nicely trying to create openings against a Pickering side who won at Tadcaster and at home against Marske over the holiday period.

The Pikes gradually got into the game as the half wore on and Ryan Blott lifted the ball over the bar as Steggles raced off his line to close the angle.

Jamie Barkway then saw his shot saved comfortably by the Carlton goalkeeper before Hutchinson went off due to a head injury to be replaced by Rollinson.

Opoku saw Andrew make a decent save before the Pikes put the Millers goal under sustained pressure in the final 10 minutes of the first half.

Billy Logan ran fully 50 yards and looked set to score only for a wonderful Ryan Ebanks tackle to deny him. Logan then saw a header tipped over the bar by Steggles as Pickering sought an equaliser.

From the resulting corner Barkway’s towering header was tipped onto the bar by Steggles. The ball came down, bounced and was cleared. Pickering claimed vociferously that the ball had crossed the line but the officials waved away the claims.

The Millers attacked and when Blake and Opoku played a neat one-two, Blake went down under challenge from Vaulks with the referee not interested in Carlton’s shouts for a penalty.

Still Pickering went forward and a shot from Blott took a heavy deflection and looked goalbound only for a superb save from Steggles to keep the ball out of the goal.

With the game in first half added time Vaulks had one final chance but his header from a Joe Danby free kick flew over the top.

Carlton started the second half the better side and Kieran Walker headed wide from an excellent position following a Rollinson corner.

Clark then did well to keep the ball in play before feeding Bartle whose fine cross found Walker and Blake at the far post but neither could force the ball over the line.

Wood was finding space in midfield and the Millers were looking to exploit this but as the half progressed they started to sit ever-deeper, conscious, perhaps too much, of their one goal advantage.

Steggles was called upon to make another save, this time from Josh Greening, but Pickering weren’t able to create the same number of chances as they had done in the first half thanks to some disciplined defending by the Millers.

Logan was a danger however, and Steggles had to be alert to cut out a dangerous cross with 13 minutes remaining.

Any Carlton nerves were eased by the somewhat fortuitous second goal which arrived with 10 minutes left. Opoku was brought down by Barkway near the left touchline about 25 yards from goal. Rollinson sent the free kick to the far post and watched in delight as the ball flew over everyone, including goalkeeper Andrew, and into the corner of the net.

Carlton had won the fair play award for December and had demonstrated admirable discipline in the opening 80 minutes of the match. What followed in the final part of the game was therefore unexpected to say the least.

Play had been stopped on 83 minutes after a clash of heads and at some point during the break a water bottle, taken by one of the players, was thrown back towards the dugouts and inadvertently hit a linesman, knocking his flag out of his hand. The referee determined that it merited a straight red card and showed the card to Oliver Clark, who protested his innocence and it seems the referee got the wrong man.

Pickering did very little with one man advantage but they were given some extra help in the final minute of normal time when Aaron Opoku received a second yellow card for foolishly picking the ball up when Pickering were trying to take a free kick deep in their own half.

He took so long to walk to the changing rooms (which was behind the furthest away goal) that the referee added seven extra minutes to the game. Carlton sat virtually everyone behind the ball and the Pikes were reduced to launching high balls into the penalty area, all of which were gobbled up by Steggles.

Danby did have a shot in the sixth added minute but Steggles saved and Carlton held out to the delight of the small band of travelling supporters.