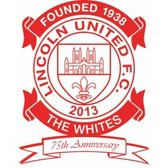 The Millers had gone almost six months without a win in front of their own fans and that record is the main reason they went into this game in the relegation zone. However, Blake’s brace followed a strike from Oliver Clark and the resultant three points saw the Millers climb out of the drop zone with 10 matches of the season remaining.

There was a late red card for Henry Rollinson to take some sheen off the afternoon but Carlton supporters will be thankful for a home win after such a long wait.

Manager Wayne Scott made three changes to the side which beat AFC Mansfield in the Notts Senior Cup last time out. In came Rollinson, Blake and Ben Hutchinson. Out went the suspended Riece Bertram plus Aaron Opoku and Karabo Motshweni.

Carlton got off to the perfect start with a goal inside nine minutes. A cross from the right found Hutchinson. His shot was only partially cleared to Kyle Stovell and when he squared the ball to Oliver Clark, the midfielder made no mistake, firing low into the corner of the net.

Lincoln, with a strong wind at their backs, then put Carlton under 25 minutes of sustained pressure. The Millers defence was excellent throughout, keeping the Whites at bay and restricting them to a couple of long-range efforts. Indeed, it seemed that every time Lincoln looked like they had got behind the Carlton defence, they were denied by an offside flag.

However, the pressure was always likely to produce a goal and it did on 32 minutes. A long free kick was flicked on and Thomas Garrick held off Edward Clarke and Kieran Walker to drill home.

Carlton responded well. Stovell, who caused Lincoln problems all afternoon, won the ball in midfield and fed Niall Davie on the left. He sprinted past two defenders and cross for Hutchinson, who flicked onto Ryan Ebanks on the edge of the box. Ebanks hit a fierce drive destined for the top corner until Michael Emery rose to tip the ball over the bar with a superb save.

It didn’t matter as Carlton regained the lead two minutes later with a contender for goal of the season. Hutchinson hit a sublime pass with the outside of his left boot to send Stovell and Blake away. Stovell kept possession under pressure and returned a pass to Hutchinson who then sent Blake clear on the left. He hit a lovely flick to lift the ball over the shoulder of the onrushing Emery and into the net.

Carlton almost made it 3-1 on 42 minutes when Oliver Clark’s neat turn and shot was heading into the net until Scott Matthews cleared off the line.

With the game into the second of the two added first half minutes the Millers extended their lead. A long throw by Walker was headed goalwards by Oliver Clark. Emery made a fine save but was helpless when Blake reacted quickest, firing into the roof of the net from a couple of yards.

Lincoln tried to reduce the arrears in the second half and from one attack Edward Clarke did well to clear but the Carlton defence, with Toby Moore, Davie and Ebanks all having fine games alongside Edward Clarke and Jack Steggles, dealt with everything thrown at them.

Indeed, Carlton had opportunities to extend their lead with Opoku and Aidan Austin both causing the visiting defence to work hard to keep the Millers out.

With the game in the third minute of added time Carlton were awarded a throw deep in the Lincoln half. Rollinson took too long for the referee’s liking and the official showed him a second yellow card (to add to an earlier booking) and sent him off. It was all rather unnecessary and out of keeping with an otherwise fine display from the referee.

Steggles made his best save of the game in the last minute of added time, keeping out a fierce close-range effort to the delight of the home support as Carlton secured their first home win against Lincoln since 2010.