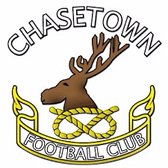 Tyler Blake scored a brace as Carlton Town twice came from behind to draw 2-2 with Chasetown at Stoke Lane.

The Millers had looked second best in the opening period but finished the game strongly and but for some fine goalkeeping from visiting goalkeeper Curtis Pond they would have secured victory after bombarding the Scholars goal in the final quarter of the game.

Chasetown for their part could point to a string of missed first half opportunities so a draw was a fair outcome from an entertaining encounter.

Managers Tommy Brookbanks and Mark Harvey made two changes to the side which beat Gedling Miners Welfare on penalties last time out. In came Danny Elliott and debutant Jeavon Seaton to replace Eli Bako and the suspended Oliver Clark. There was also a place for new signing Jonathan Mabonga on the bench alongside the returning Kamani Wilson.

This was Carlton’s first league home match in five weeks but despite the almost relentless rain since then, the pitch was looking as good as it had done all season.

It was the visitors who started much the better, fizzing all over the pitch and looking fitter and stronger than the Millers in the opening stages.

Alex Melbourne hit an early effort just over the bar before George Cater was presented with a fantastic opportunity by the impressive Liam Kirton, but Cater missed the ball when it looked easier to score.

Carlton’s first effort came on 21 minutes when a dangerous Niall Davie free kick found Toby Moore at the far post and Pond did well to block his shot with his legs.

Within a minute the visitors were ahead. Oliver Haywood sent over a cross which was met by a Kirton header. The ball seemed to travel towards the Carlton goal in slow motion but Jack Steggles was unable to keep it out, seemingly palming the ball into the corner of the net.

If Steggles was at fault for the goal he redeemed himself minutes later with two excellent saves. Joshua Cooke fed Cater whose fierce shot drew a fine save from Steggles. The resulting corner was met by a powerful Ryan Wynter header only for Steggles to claw the ball off the line and away to safety.

Carlton gradually started to get into the match and another fine Davie free kick was only half cleared to Martin Ball whose excellent snap-shot flew inches wide of goal with Pond beaten.

The Millers levelled six minutes before the break. Tyler Johal sped down the left wing, beat James O’Neill before whipping over a superb cross which was volleyed home from close range by Blake at the far post.

The Scholars almost regained the lead minutes later when a Steggles clearance was seized upon by Cooke who ran down the right before firing a cross-shot across the face of goal and narrowly wide.

They did go back in front three minutes into the second half with a wonder-strike from Jack Langston, firing a half-volley into the top corner from 25 yards after Carlton failed to clear a William Whieldon cross.

Blake should have scored his second on 63 minutes when he ran clear of the Chasetown defence following a Steggles clearance, but Pond made a superb save.

As the half wore on the visitors looked to be running out of steam and the Millers equalised on 73 minutes. Davie sent over a free kick from the left which was cleared only to the right side of the penalty area. Ball ran after the loose ball and, with his back to goal, effected a wondrous Cruyff-like turn which bamboozled two Chasetown defenders before curling a shot which was heading to the top corner until Pond palmed away. Moore looked certain to net the rebound but he failed to get a clean connection on the ball and it was left to Blake to fire home despite the efforts of a Chasetown defender on the line.

Carlton now had the impetus and Elliott slipped Aaron Opoku away on the right. He shrugged off Alex Curtis before hitting a vicious angled shot just wide.

Ball then played a fine ball through to Blake who turned away from his marker before seeing what looked a certain goal stopped by an excellent Haywood block.

Still Carlton pushed forward and with four minutes remaining Opoku and Blake combined for Opoku to shoot, only to be denied by yet another fine Pond save.

Carlton’s final effort came from the captain with Ball chesting and volleying just over after Opoku had flicked on a Davie free kick. In truth, defeat would have been harsh on either side after a fine game of football and both teams deserved the applause from the supporters at the final whistle.