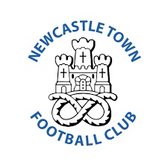 Carlton Town were brought back to earth with a 6-1 thrashing at Newcastle Town.

The Millers came into the game on an undefeated run of three matches with seven goals scored and none conceded, but Castle ripped them apart at will, particularly in the second half when they could have scored even more.

Carlton will point to some mitigating features, with yet more injuries seeing Martin Ball go off at half time with the game still in the balance and Daniel Fletcher stretchered off on 72 minutes.

The latter injury meant Carlton had to play the final 18 minutes with 10 men as they’d used all their substitutes and the home side were ruthless, adding two of their six goals in that period. But even with 11 men Carlton were second best on the day and will have to lick their wounds and come out fighting with three challenging fixtures ahead.

Tommy Brookbanks and Mark Harvey named an unchanged side from the win against Wisbech last time out. New signing Ethan Jones was among the substitutes, as was Lawrence Gorman, back after being injured on the opening day of the season.

Backed by an impressive following Carlton began reasonably well and Oliver Clark blocked an early attempt at a clearance by home goalkeeper Dominic Kurasik. The loose ball was cleared with no Carlton player in view.

The home side took the lead on 12 minutes with a penalty, the first of an astonishing three they were awarded in the opening 25 minutes.

Ball was harshly adjudged to have blocked Maxwell Chimines and Joe Berks made no mistake from 12 yards.

Carlton were on terms three minutes later when Daryll Thomas headed home a Clark flick from a Dan Brown cross with Kurasik flailing.

The Millers then gifted Newcastle their second penalty. Clark and Joel Daft left the ball to each other in midfield, Newcastle took advantage and darted forward and Fletcher brought down James Melhado.

Berks put his penalty kick in the opposite corner but Jack Steggles read his mind and made a superb save to keep the scores level.

The resulting corner wasn’t cleared and the bouncing ball struck Clark’s outstretched arm. It was quite frankly a ridiculous penalty but, under the current handball rule, correctly awarded. This time Ryan McLean stepped up and he sent Steggles the wrong way.

Little of interest happened in the remainder of the half but Carlton looked sluggish and Newcastle looked solid at the back and always carried danger, particularly through McLean and Chimines.

Gorman replaced the injured Ball at half time and Carlton earned a couple of corners early in the second half as they looked to get back into the game.

Castle though increased their lead on 58 minutes when Berks found himself clean through on goal and he kept his composure to beat Steggles at his near post.

A mix up between Toby Moore and Steggles saw Harvey Howell run through on an open goal but Moore somehow got back to make a tremendous tackle to keep the ball out of the net.

Jones was brought on but the traffic was all at the other end and when McLean jinked down the left and played a lovely ball into Chimines, the latter steered the ball past Steggles into the corner of the net.

Steggles made a fine save to deny Berks his hattrick before Fletcher went down injured and had to be carried off. Eli Bako had just replaced Sam Whitton so Carlton played out most of the final quarter of the game with 10 men with Thomas slotting in at emergency left back.

Bako himself brought a bit of energy and fizzed one shot just wide of the post vi a deflection but there were still more home goals to come.

The fifth came on 83 minutes when Melhado sent Nathan Morley away on the right. He cut inside Thomas and hit a lovely curling shot into the corner of the net.

The sixth came in the last minute and saw Ethan Vale fire low through a crowd of players after a cross wasn’t cleared.

The players thanked the 30 or so travelling fans for their efforts before heading home well beaten.