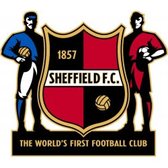 Goals from Aaron Opoku and Niall Davie helped Carlton Town to a 2-0 win at Sheffield.

The Millers were thankful to goalkeeper Jack Steggles who made a number of fine saves to keep the home side at bay, particularly in the first half. Once Davie had extended Carlton’s lead midway through the second period, the hosts seemed to run out of ideas and Carlton saw out the game in relative comfort.

Tommy Brookbanks and Mark Harvey made two changes to the side which lost against Leek last time out, with Martin Ball and Oliver Clark replacing Lawrence Gorman and Tyler Johal.

Sheffield featured popular former ex-Miller Ashley Grayson in their starting line-up, with his father and Carlton legend Neil Grayson amongst the 208 crowd.

Club had the first opportunity when Jordan Walshaw tried an audacious lob but Steggles made a comfortable save.

The Millers opened the scoring on 17 minutes from the penalty spot. Opoku burst into the area and took the ball around goalkeeper Jonathan Hedge who brought down the striker. Sheffield protested that there was minimal contact but the referee wasn’t interested and Opoku himself sent Hedge the wrong way from 12 yards.

Sheffield then pushed Carlton back and Steggles made a good save from a Jamie Yates shot before splendidly tipping away a Grayson close range header.

Davie showed some intent with a fine run that beat three players before Josh Rae hit a shot the flew just over the bar.

The Millers claimed a second penalty on the stroke of half time when Opoku was scythed to the floor by Stuart Ludlam but this time the referee ignored the Carlton appeals.

Davie extended Carlton’s lead on 62 minutes with a fine goal. Opoku picked up a Steggles clearance on the half way line, turned beautifully and sent Davie away down the left. He advanced away from Ben Turner, stepped inside and from the edge of the box fired low into the corner of the net just beyond the reach of Hedge to the delight of the travelling support behind the goal.

Minutes later Dan Brown, having a fine game, sped down the right wing and crossed but Sheffield cleared the danger.

Ball and Toby Moore dealt with the Sheffield threat down the middle and Brown and Daniel Fletcher kept the wide men at bay. Tom Maddison was orchestrating things in midfield and the Millers looked far more in control than they had in the first half.

Maddison put Davie away with a super pass which saw Hedge make a fine save from Davie’s shot, before Sheffield responded with Brown clearing a Joel Purkiss shot off the line.

Brown was at it again with a 60 yard run down the right before giving substitute Sam Whitton a chance to shoot but the shot was delayed and the chance went.

Steggles made his final save deep into added time, diverting a final effort from Grayson away from goal with his legs as Carlton secured their third win of the season.

As always, the players responded to the efforts of the fans with generous applause at the end. With another lockdown on the way, it may be a while before they can do so again.