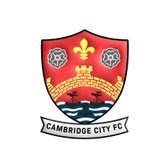 Nat Watson scored the winner in a single-goal Carlton Town win for the second time in four days.

Following Watson’s strike in the FA Cup win against Maltby Main last time out, Watson repeated the feat against Cambridge City in an entertaining encounter at Stoke Lane.

The Millers will feel they deserved the win for their overall performance, but they were still grateful to goalkeeper Kieran Preston for a number of fine saves, including an 87th minute Tom Hitchcock penalty.

The Lillywhites were making their first ever visit to Carlton, and brought a good number of supporters with them in the excellent attendance of 160.

On what turned out to be a gloriously sunny afternoon, Cambridge had the first opportunity when Preston made an excellent double save from Hitchcock and Mikey Davis.

At the other end Lawrence Gorman picked up a Czerwak corner and played the ball back to Sargent. He slipped in Watson whose effort was blocked.

A lofted ball forward by the visitors looked straightforward for Preston but perhaps the sun got in his eyes because he ended up scrambling to push the ball onto the crossbar and away.

Carlton then started to take control of the midfield, aided by a defensive unit the dealt comfortably with the Cambridge threat, particularly down the middle with Meikle and Dan Brown excellent.

The Millers’ best opportunity in the first half came on 17 minutes. Elliott sent Czerwak clear down the right. He played a lovely cross into Sargent who looked certain to score but dragged his shot wide of target.

It wasn’t all one-way traffic through and Preston was called on to make another superb save on 34 minutes from a Taylor Parr header.

Back came Carlton and Czerwak and Sargent combined with the latter shooting just wide. Elliott then headed over from a Gorman cross and when the same two players lined up on the stroke of half time the visitors were grateful to clear the ball at the back post.

Early in the second half Niall Davie had a chance when he dispossessed Max Ryan but his effort flew just wide.

What turned out to be the key turning points of the game arrived soon afterwards. On 59 minutes the Lillywhites attacked down the right. A dangerous cross was well-defended by Tyler Johal but Cambridge weren’t finished yet. A follow-up cross from the left found Hitchcock whose powerful header rebounded off the crossbar with Preston beaten.

The Millers took full advantage and were ahead two minutes later. Preston played a pin-point pass to Davie on the right. He ran at the Cambridge defence and was brought down by Luke Knight just outside the area. Davie got up to put the free kick into the six yard area where Watson reacted quickest to nod the ball over the line to the delight of the Millers supporters behind the goal.

Cambridge regrouped and Jonas Kalonda saw a shot cleared by the Carlton defence.

The home side had a glorious chance to wrap up the win on 80 minutes. Davie went on a superb 80-yard run before sending substitute Daryll Thomas clean through on goal but the veteran striker lifted his effort over the bar.

Back came the Lillywhites and Ryan Swift saw a fierce shot miss the target by inches. They were then gifted the perfect opportunity to get a point when Brown brought down Kalonda for a penalty with three minutes remaining. But Preston put the cherry on the cake for his superb afternoon, diving to his right to save Hitchcock’s firmly hit spot-kick.

There was still time for an ugly challenge by Ryan which saw him sent off and a rash of yellow cards in the melee that followed, but the Millers were able to see out the remaining minutes and maintain their unbeaten start to the campaign.