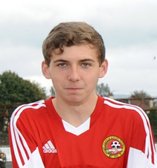 Carniny Amateurs eased into the next round of the Junior Shield on Saturday with a 5-1 that included a Jonny Cummings hat trick.
Once again the starting line up saw five changes from last week as Carniny started this game brightly and with 11 mins gone Jonny Cummings cut in from the left to slot through the keepers legs to take the lead. Four minutes later Barry Simpson making a welcome return to the squad, came in from the right to drive hard and low into the net. The Amateurs didn’t have it all their own way though as a 4th corner wasn’t dealt with at the near post and the visitors pulled one back. Four minutes from the break Jonny Cummings was on the score sheet again when he controlled well inside the box, expertly spun his defender and fired home to make it 3-1 to the Amateurs at the break.

In the second half the Amateurs couldn’t get into their stride against a resolute 4th side and the game became a scrappy affair and frustration was starting to set in. This all changed when the Amateurs passed the ball around the box finding Adam Heron who drove the ball low into the net for their fourth. Three minutes later Adam Greene hit a long drive out of defence that found Jonny Cunnings who cut in from the left to score his hat trick. Carniny had a few more chances with Cummings and player manager Davy Hanna missing some chances in the closing stages. A pleasing win in the end and good to see John Costello, Barry Simpson and Adam
Heron back in the squad.