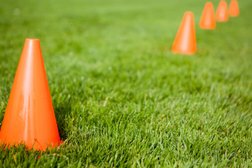 What do Carniny have to do as of late to earn a victory and against their County Down rivals with 7 minutes remaining and 2-1 to the good they must have been looking forward to a well-earned 3 points? Luck was not to be on their side though and a heart breaking goal from the seasiders in the final minute sent the visitors home with the spoils. Carniny started well and after 3 minutes were awarded a penalty following a hand ball in the ‘box’ and Balmer stepped up to fire home. The young Amateurs were with their tails up and Mairs and Hart were getting plenty of the ball down the flanks with the latter causing problems for the visitors. On 15 minutes though Donaghadee equalised when Carniny failed to clear their lines and fired past Barr in goals. Up until halftime the scores remained the same with Heron and man of the match Waring in the centre of the Carniny defence looking solid.

The second period saw chances mainly in the early stages for Donaghadee and Barr had to be on his toes for Carniny pulling off several good stops. Just on the hour mark though Carniny restored their lead with Balmer firing in a free kick from the edge of the box to make it 2-1 for the Ballymena ‘reds.’ Scroggie and Mekdade pushed the home side on and Balmer and Mairs had a couple of chances but when Donaghadee equalised on 83 mins and hit with a hammer blow at the last then there was no coming back.