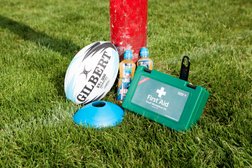 Take place at Colburn Leisure.
Players are invited to attend the trails for those wishing to represent the regional team in the Nationals.