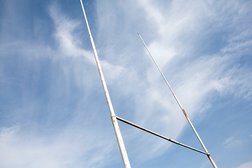 Chester made a strong opening to the contest and twice led during an entertaining first quarter of an hour as Mark Kingsley waltzed past defenders to touch down for the game's first score and, after the visitors had levelled, Dylan Rowe sliced through a gap to put the home side 12-6 in front.

The early signs were promising with the Gladiators moving the ball with confidence and looking assured in defence, however things soon took a turn for the worse as the Lions dominated the next 25 minutes to turn the match on its head.

Eccleston ran in five tries without response, punishing a series of defensive mistakes from an out-of-sorts Chester side as the St Helens outfit took a commanding 34-12 lead.

The Gladiators replied in the closing moments of the first half with teenage debutant Ollie Nicholson sniping between defenders from close range for an excellent score to cap an impressive first appearance from the rookie.

Chester looked to have put their troubles behind them following the restart as veteran prop Chris Young collected an offload and slammed the ball down to cut the cap to 10 points and bring his team to 24-34 on the scoreboard, however that was as good as it got for the hosts.

Eccleston once more took control of matters and ran in a further five unanswered tries, exposing the frailties in the Gladiators defence to run out comfortable winners.

There were still positives for the Gladiators to take from the game, particularly in that impressive opening and given the progress the squad have made during the season to date, there is no reason the defensive struggles in this defeat cannot be fixed for the next outing.