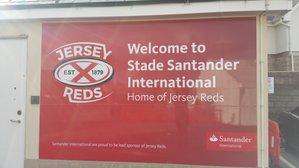 The CRFC U12s ventured overseas for the first U12 waterfall league match on Saturday 29th Sept, travelling to the Isle of Jersey, with the coaches and parents wanting the event to be a team bonding experience, in readiness for this their first ‘Waterfall’ league match.

Building on the previous weeks excellent Cup win at the squads ‘warm up’ festival at Gosport & Fareham RFC, where the squad played 3 warm-up games winning all, then progressing to semi-final, and eventually winning the final they where certainly on the taxi-way already for this fixture on the Isle of Jersey.

From the first whistle the squad had their engines on maximum as they scored 3 tries within the first 10 minutes, of this new 40-minute match format. With Joshua Ellis using his boot (again?!) with a cross field kick over the opposition into the path of a stampeding James Scrivin-Wood, 0-5. With Jersey restarting with a kick-off, Jonah Hutchings received the highball and with a penetrating run down the left-hand side of the pitch, passing the ball to Archie Coughtrey with his customary go forward attitude scored again in a similar spot to the previous try, 0-10. With Jersey again, electing to kick-off from the restart, the ball was caught cleanly with the squad inter passing demonstrating great continuity with Jersey finally stopping the push with some determined tackling, Jaiden Cloke, then close to the Jersey line ‘picked & went’ from the base of the ruck to score with a majestic dive to the line, 0-15. With the pressure still on Jersey they where resorting to kicking the ball, with Archie Coughtey being the recipient of one, who in turn gathered the ball and made a doggedly determined style run up the left side of the pitch, to be finally tackled with Jonah Hutchings receiving the pop pass and darting over the line to score, 0-20. With a high kick-off being gathered by new player to CRFC, Tom Alexander, Tom caught the ball cleanly but an infringement from Jersey resulted in a free-kick to Chichester. A swift restart caught some Jersey players unaware, but, with Jaiden Cloke already stampeding to the Jersey line, he scored 0-25. Following half-time, it was certainly a game of two halves, with many free passes being awarded to Jersey, some to the confusion of the Chichester coaching squad. The U12’s persevered well though under this additional pressure and scrutiny, and where awarded an excellent try from a scrum close the Jersey line; the scrum arising from a Jersey knock-on, the hook was won cleanly, Seb McNamara being first receiver took the pass on the go, on seeing the gap close to the Jersey scrum, took it, on being tackled by two Jersey players swiftly off-loaded the ball to Finlay Ronnie who patiently tracked Seb’s line to crash over the Jersey try line, 0-30. With fatigue now creeping into the young U12s legs the dynamism seen in the first half was flagging, and the game management was not as apparent. But, with the continued pressure Chichester where still applying the squad where awarded another try. In the Jersey ‘22’, a resulting pop pass to Jaiden Cloke to score again in the corner, to the protests of the Jersey players. Result 0-35 to Chichester, a great display by the whole squad, everyone turned up and did their part to contribute to the win for the Team. NB. Prior to the game the squad where awarded their club ties in mark of the transition to Junior rugby. For the coaching team and parents present it was an honour to be with them, when on exciting the return flight from Gatwick Airport comments where overheard as to how smart they looked and polite they all where; a credit to Chichester RFC and the sport they play.

Player of the Day: Jaiden Cloke.