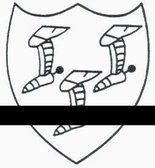 It is with great sadness we advise that former Chippenham RFC player Adrian Dorney passed away on Thursday 18th June.

It is with great sadness that we been told that former Chippenham RFC player Adrian Dorney passed away on Thursday 18th June.

Adrian first played for Chippenham in the early 1960’s playing all of his rugby at the clubs former ground at Birch Grove and continued playing well into the late 1970’s. Adrian was a quick and powerful Centre/Winger, who was also a hard no holds barred tackler.

In latter years Adrian would come up the club and was part of the group of venerable gentlemen and past players who would meet up on Saturdays to support the teams and enjoy each others company.

I know that Adrian will be sorely missed by not only them, but by all who had the pleasure to have known him and played rugby with him for Chippenham RFC.

Our thoughts and prayers are with Adrian’s family at this very sad time.