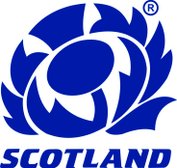 The U15's are doing the 5th leg of their 6 Nations Touring Odyssey and are heading to Scotland this weekend. The blog is now live!

So... This age group have had some fantastic rugby experiences over the years and have done 4 legs of the 6 Nations.

England - Done
Wales - Done and thanks to Bangor
Ireland - Done and we shall always remember Dublin..
France - Done, thanks to the great folks of Le Fleche.

Just Scotland and Italy left and this weekend the U15's are heading up to Edinburgh to tick one of the remaining boxes. The weekend involves heading off from Chippenham via coach Friday afternoon for the long trek north, overnight in Edinburgh, a cultural trip round the city on Saturday and then off to Murrayfield. The whole party of 50 have tickets to watch the European Champions Cup Final between Saracens and Clermont, which will be epic. On the Sunday, the tour heads north to play Perth U15's in the morning and after the match and the usual post-match entertainment, its back on the coach to good old blighty.... Its going to be a long trip but it will be great to visit Scotland and enjoy the traditional Scottish hospitality!!!

We shall post updates as and when WiFi permits. We hear it can be a bit patchy that far north.. lets see.

Thursday Night
Getting everything ready for tomorrow and just checking the required kit list. Flip-flops, Sunglasses, Sun Block, Irn Bru, Shortbread, Song Book, Shorts, The script to 'Braveheart' and Tour kit bag!! Coach leaves the Clubhouse at 4.00pm sharp and might be a be overloaded with all the essential supplies for the lengthy journey ahead. Its going to be fun!!

Friday was a rather long day and after a lengthy trip, plenty of stops and a few drinks, we finally arrived in Stirling at 1.30am! Everyone got settled in and had a good night's sleep in the fantastic hostel we're all staying in. All the lads got themselves sorted into their rooms and are looking forward to the weekend ahead. The rest stayed up a bit longer to get over the interesting coach trip....

Saturday morning and most were up early to explore Stirling although some took the chance to catch up on sleep. The breakfast was excellent and the Scottish Chef cooked up a mean full English, or should that be Scottish? Some were a bit surprised that all the pubs in town were closed and didnt start serving until 11.00am. Oh well. It was then all on the coach again to head into Edinburgh... More travel fun and directions given to the driver who gave us a little detour round the Murrayfield area!

Once parked in Edinburgh, a number headed to Sainsburys for a tasty lunch and then onto local hostelries to try the local brews. Nice pint of Tennents with the locals..

Onwards to Murrayfield for the European Cup Final between Saracens and Clermont but no sign of Nigel Owens. It was a shame but Austin Healey and Ben Kay were only too pleased to have their photos taken with the famous Chippenham U15's. The stadium was pretty impressive and the chips and curry sauce went down a treat prior to the match. Got to say that we all had great tickets pitchside and thanks to the team that organised the weekend. Brilliant!

The match was excellent and Saracens were deserved winners even though it was interesting that all the Scottish supporters present wanted Clermont to win. National Pride!! After the match, the Coach Driver took us on a little walking tour across town to find the coach and we all headed back to Stirling, via a little stop at Asda to restock the bar for later...

Saturday Night. Back in Stirling for dinner, drinks, banter and sharing our stock with French residents of the hostel... Some popped out for a curry and others opted for Scottish version of a kebab. All essential touring food but a few regretted going for the curry option, bearing in mind they would be sitting on a coach with a dodgy toilet for 10 hours the following day. The night was rounded off watching Eurovision which made the Junior Chairman very happy whilst most of the lads had a game of American Football outside.....

Sunday Morning... Up early, refreshed and ready for the final day. A hearty breakfast for most and bags packed for the trip North to Perth. Some of the lads were a bit bleary-eyed and struggled getting themselves sorted out but soon the tour was assembled and clambered aboard the coach for further adventures. Thankfully Perth was only 45 minutes travel from Stirling and the sun had decided to appear, lifting everybodies spirits for the match ahead. A few refreshments also helped, supplied by the excellent Assistant Bar Manager, Mr Stanley who was handsomely supported by the Bar Manager, Mr Stephen (Who did sod all apart from sorting out the snacks and complaining that the curry was way too hot!!). After an interesting tour around the small streets of Perth, we finally arrived at the home of Perth RFC at 10.15am and happily got off the coach. Our Scottish hosts play on a community sports complex and there was loads going on apart from a bar being open?! Due to licensing laws, we were going to have to settle for a nice cup of coffee... Anyway, all the lads got themselves changed and ready for the match which kicked off at 11.00am and would tick the Scotland box of the 6 Nations Tour for this age group.

The match report will be posted on the website when the reporter gets his act together but just to add that Chippenham won 67-31 in an entertaining match from both sides.

After the match, it was back to the sports centre were the very kind hosts provided an excellent scotch pie and beans for lunch and then speeches were made. A mention for Captain Tom C who needs to work on his speeches as they're good, if a bit short and to the point. With the bar being closed, it was handshakes all round with the great people of Perth RFC and back on the coach. Now we would of started the journey back a bit sooner but our wonderful driver was a man of few words and didn't tell anyone that he wanted Griff to sit down before he left. As a result, we just sat there for ages - What a gem the driver was!! Anyway, we were now finally heading South but more on that later...

Sunday Afternoon, Evening and nearly Monday Morning!! So we all set off from Perth at 1.30pm and everyone was in great spirits. The sun was shining, the lads were happy, the banter was great but the toilet ran out of water and the driver needed another break!! A few stops later and a cheer went up on the coach when we passed the 'Welcome to England' sign. We were getting somewhere, even if it was rather slowly. Another stop and more water for the toilet and then the driver informed us he was out of hours and a replacement would be needed... Oh well. All part of the tour. A replacement driver arrived and he knew what he was doing and we headed for home without any further delay. The increase in speed, soon livened up the lads and they broke into song, with various renditions of 'Going Underground' 'Champagne Supernova' and 'Are you Happy?', that famous song learnt from our French friends from Le Fleche (Dont ask please...) Time soon flew by and it was great to finally get back at 11.30pm as everyone was ready to get home after a fantastic weekend.

So Scotland has now been done and a massive thank you to all the great team that have organised and taken part in the 5th leg of the 6 Nations Odyssey and the final match as U15's!!

Thanks to all the coaching team - Jimmer, Deano, Trystan, Shaun, Colin, Pete, Griff, David & Nick. Thanks also to the Assistant Bar Manager Andy and the great Players and Parents that make this age group something rather special.