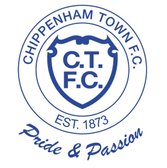 I'm not sure statistics are available but it's surprising how many replayed abandoned matches see a turn around in the scoreline.

I'm not sure statistics are available but it's surprising how many replayed abandoned matches see a turn around in the scoreline.
The original match in December 2020 in this instance was abandoned after 20 minutes due to fog with the Bluebirds on top and 1-0 to the good. The first game of 2021 saw them soundly beaten although for the second match in succession they had a man dismissed in the first half so played over an hour with ten men.
The Kent side opened the scoring on eight minutes when Joe Turner taped home a cross from Khale Da Costa.
The Bluebirds almost levelled nine minutes later when a great run by Alex Bray saw him cross to Chris Zebroski who headed over the bar.
On twenty five minutes Callum Gunner received his second red of the season for a tackle on Tom Beere. Telve minutes later Will Puddy saved an effort from Alex Akrofi.
Seven minutes before the interval the Angels doubled their lead with a superb shot from Da costa.
The Kent side failed with two further chances before the break, whilst Tommy Wood stopped a Bluebird effort on the line.
On fifty two minutes Wood was successful to give the hosts a 3-0 lead.
Beere then saw an effort blocked whilst Wood headed wide.
Tonbridge completed the scoring on seventy three minutes when substitute Matthew Rush was set up by Da Costa. Five minutes later Tonbridge were denied a fifth when Rush hit a post.