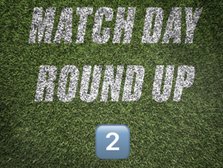 The second weekend of matches for the club saw the under 18’s win 2-0 at home to Colden Common with Evan Clem and Tom Halsey scoring the goals.

The under 15’s opened their league season with a well-deserved point in a hard fought 2-2 draw at home to Amesbury Juniors. Eden Cavanagh opening the scoring before Amesbury drew level just before half time. Leo Kamal restored the lead in the second half, with Amesbury equalising 10 minutes from time. They had Ben Port to thank for securing the poor with two fine saves from in the closing stages.

The under 14’s made it two wins from two with a 6-0 win at home to Worthys. Jacob Nicholson’s first goal for the club together with strikes from Steph Gilpin, James Greenwood, Hector Smith-Edmunds, Will Pischel, and an own goal completed the scoring.

The under 12’s Whites kicked off their league season but were on the end of a heavy scoreline away at Durrington going down 10-0.

Hatricks from George Gower and Frankie Moody on his u11’s debut, together with a double from Oscar Smith and goals from Joseph Butler, Jack Pollard and Jacob Earle saw the under 11’s securing their place in the next round of the Oak Cup as they hosted Fordingbridge Turks in the first round.

Gene Dunn netted for the under 8’s whites away to Upper Clatford in their Oak Cup opener.
He was also on the scoresheet in the friendly that followed scoring 2 with Dominic Pike and Carlos Campbell scoring 5 each and an own goal completed the scoring.

Both under 7’s played in the Oak Cup first round. The Whites advanced to the next round thanks to Declan Owens 7 strikes, 2 from Alfie Cumberland, Charlie Green, Freddie Trollope and J’Ayk Cull at home to Lyndhurst.

Archie Greaves scored for the Reds as they travelled to Bishops Waltham Dynamos.