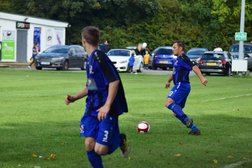 A return to winning ways

Cleethorpes Town A sponsored by Oasis Health club went into the game after a heavy defeat the previous week to Holton le Clay. There opponents on Saturday were Immingham town reserves and Clee were expecting a tough game with a few faces missing from last weeks team.

Clee started the brighter and it wasn't long before they where ahead, after good work in the middle of the park from Kirton and Overend to ball was played out to Arslang on the wing, whom made no mistake in dispatching it into the top corner from 18 yards.

It didn't take take long for Immingham to get level when poor defending allowed a shot which the keeper pushed into the path of the Immingham forward as the player shot to level the scores 1-1. Clee then showed some resolve as they picked the ball up through Kirton who dispatched a shot from 30 yards that soared in the roof of the net just under the bar as Clee retook the lead 2-1 to Clee at half time.

The second half started and the game was even for the first 20 minutes of the second half as both sides had a couple of chances. Clee were then awarded a penalty and up stepped up but his penalty kick was saved by the Immingham keeper as the scores remained 2-1 to Clee but Immingham soon equalised as they broke to level the scores 2-2

A hectic final 10 minutes with game going end to end as both sides searched for winner. The Ball fell to Arslang feet as he made no mistake slotting the ball home off the post to give Clee the lead as they withstood the late pressure from Immingham. As Clee held on to win the game 3-2. We wish Immingham all the best for the rest of the season.