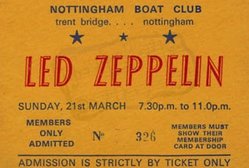 A 3 year managerial contract in the Midlands league may be something new, but Clifton newcomers to the competition this season, are so pleased with manager Brian Harrison that they have given him such a contract.

Manager Harrison whose playing experience takes in spells with Nottingham Forest, Notts County, Sutton Town and Kimberley Town is anxious to consolidate Cliftons position in the Midland League and to build up interest in the club.

While they have made what is stated a satisfactory start to the season, Mr Harrison is constantly searching for players and this week has added two men with Football League experience.

They are Kelvin Yeomans who was with Notts County for 3 years and Barry Hare a striker, formerly on the books of Bradford City.

Clifton with only nine goals from their ten Midland League outings so far are hoping to improve on this record and get a boost by the signing of a Scottish FA Under 21 star.

The club consider themselves fortunate in securing the signature of 19 year old Ian Muir from Whitwell FC and it seems that he will soon be in the side.

Ian Muir, well known in amateur circles in Scotland has come to work in the Nottingham district for 3 years and signed forms for Clifton at the weekend.

Club Secretary John Raynor says that they feel as a striker should help to improve the “goals for” column.

Cliftons next game is on October 27th when they play in the Notts Senior Cup and have been drawn at home to play Hazel Grove Celtic at Green Lane.

Cliftons new signing Kelvin Yeomans from Kimberley Town is not eligible to play in the Notts Senior Cup away match at Hazel Grove Celtic. It is the first game for Clifton after two blank weekends and reserve team regular Dave Clemerson who has not had a senior game yet is named as substitute.

Clifton All Whites had nothing to show by half time for almost continual pressure in the Notts Senior Cup game against Hazel Grove Celtic.
All the early play ran in Cliftons favour. A corner from the first attack and a good right foot drive from Liversey tested the home goalkeeper Charlton.

Keeping up their superiority, Clifton forced Hazel Grove into mistakes with Atkins nearly putting through his own goal. It was Charlton who saved the home side with 3 good saves.

The home side rarely penetrated beyond the half way line. In the closing minutes of the first half, Charlton again excelled when diving to save a header from Brookes and then diving at the feet of Liversey on the goal line.

In the second half after Brookes hit the woodwork, Kalisak put Clifton in front with an overhead kick.

Combination League club Hazel Grove who in their previous eight league games had given away only two points were no match for Clifton.

Scouts were impressed with Charlton, the Hazel Grove Celtic goalkeeper and the 17year old six footer must have a bright future and but for him, Cliftons score could have been in double figure